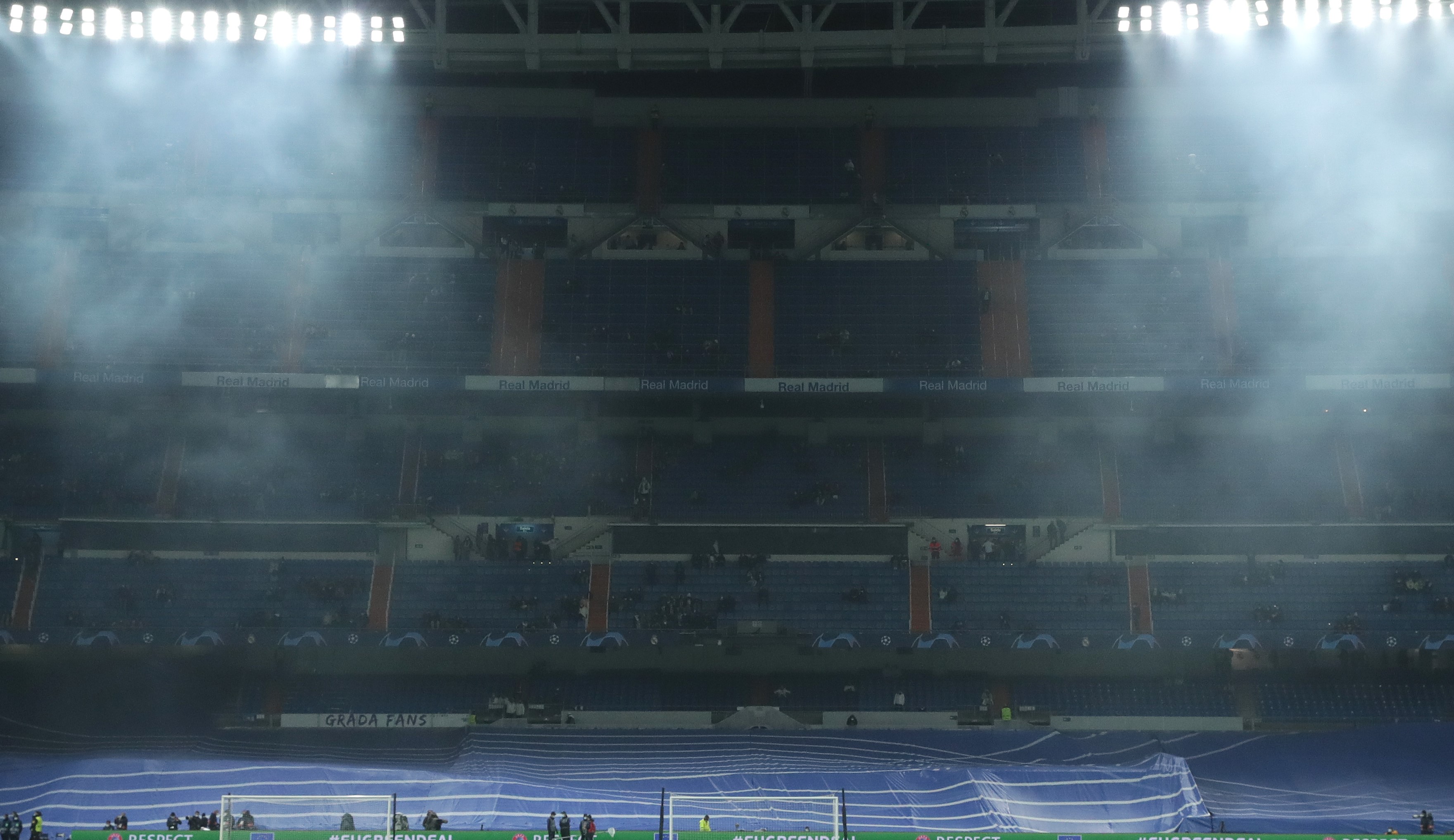 Real Sociedad went 1-0 ahead of league leaders Real Madrid on Saturday night, but were comprehensively beaten in the end. According to La Real star Mikel Merino, the atmosphere at the Santiago Bernabeu played a crucial role in the four-goal turnaround.

Speaking in his post-match interview, host of LaLiga TV Phil Kitromilides referenced a quote from Merino on his Twitter which stood out. Merino talked of the impact that the crowd had on the match.

The Santiago Bernabeu is not often renowned for its hostility, but when a night-time partidazo comes along, it can be deafening. Something Merino clearly felt as his side tried to compete with the star-studded Los Blancos.

Real Madrid manager Carlo Ancelotti will be hoping that the Bernabeu can have a similar impact on Wednesday night, as they attempt to overturn a one goal deficit against Paris Saint-Germain. It wouldn’t be the first time that Real Madrid have turned up the heat on a Champions League night and Merino’s words are evidence that the Bernabeu is tricky beast to tame.