La Blaugrana are one of a list of major European clubs tracking the Norwegian international as he looks set to spark a transfer scramble for his signature ahead of the 2022/23 campaign.

Reports earlier this week claimed head coach Xavi had travelled to Germany last month to personally reach out to the 21-year-old over a potential move.

However, Laporta has refuted those claims, stating no negotiations have begun with either Haaland or his representatives. 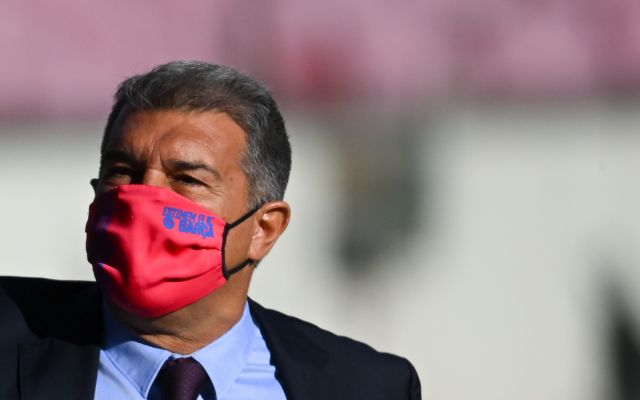 “There has been no type of negotiation (with Haaland),” as per reports from Marca.

“At Barcelona we don’t negotiate directly with the player. When we have to negotiate, we will do it with Borussia Dortmund, if the circumstance arises.”

Despite Laporta’s firmness on the current situation, with regard to Haaland, Barcelona are still expected to be in the running to sign him in 2022.

Borussia Dortmund are gearing up for a summer bidding war for their star asset with his release clause at Signal Iduna Park dropping to €75m ahead of next season.

However, with sustained interest in their top scorer growing, the Bundesliga giants could push for closer to €100m, as transfer interest begins to intensify.