Arsenal star Gabriel Magalhaes has lifted the lid on Pierre-Emerick Aubameyang’s controversial 2022 exit from the club.

Aubameyang joined Barcelona at the end of January after agreeing to terminate his Gunners contract to secure a free transfer move.

The last few days of Aubameyang’s Arsenal career were littered with further rumours of a rift between the Gabonese international and manager Mikel Arteta.

Arteta had previously stripped the 32-year-old of the club captaincy in 2021 after a string of club rule breaks by the former Borussia Dortmund hitman. 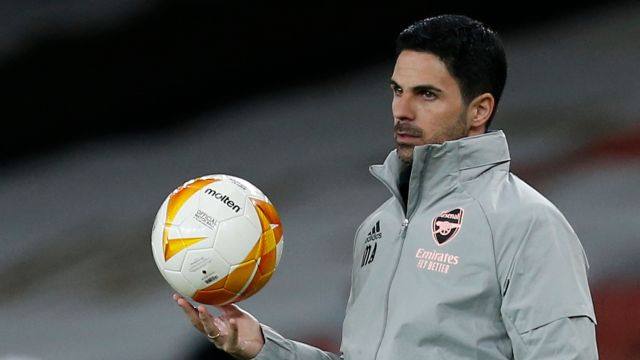 “Aubameyang is in my heart, we all wanted him at Arsenal,” Gabriel told Ohmygoal, reported via Football London.

“It (his exit) is something that happened between him and the coaching staff, the other players were not involved in it.

“I said goodbye to him before he left, I hope he enjoys Barcelona, he is a nice person with a big heart and I love him very much.”

Magalhaes’ comments appear to back up the idea of Arteta and his coaching team reaching a point of no return in their relationship with Aubameyang.

However, despite the negativity surrounding his departure from the Emirates Stadium, Aubameyang has hit the ground running on his arrival in Catalonia.

After netting an eye catching hat trick on his La Liga debut against Valencia earlier this month, he now has five goals in three appearances, as Barcelona push for a Top Four finish in 2022.