Premier League giants Manchester City have reportedly moved ahead in the race to sign Erling Haaland this summer.

The Norwegian goal machine is set to trigger a Europe-wide scramble for his signature in the coming months after another incredible season of goal scoring at Borussia Dortmund.

However, the 21-year-old’s release clause at Signal Iduna Park drops to around €75m in June with City joining Barcelona and Real Madrid in their firm interest in him. 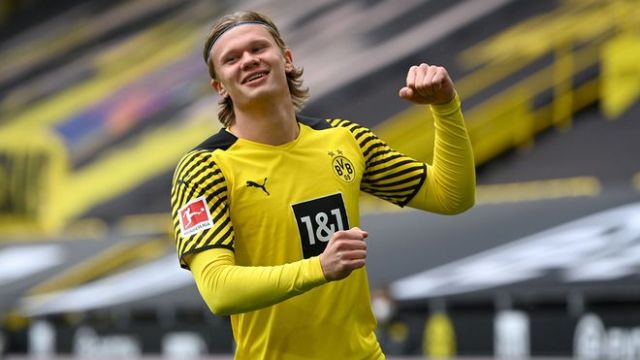 According to reports from German outlet Bild, as reported via Mundo Deportivo, City are now in pole position, due to Haaland’s desire to play in England.

Pep Guardiola has gone cold on the idea of a renewed bid for Tottenham star Harry Kane ahead of the 2022/23 season with a deal for Haaland representing a cheaper long term option.

The report adds Haaland will make a firm decision on his next move in March with City and others poised to make their move then.