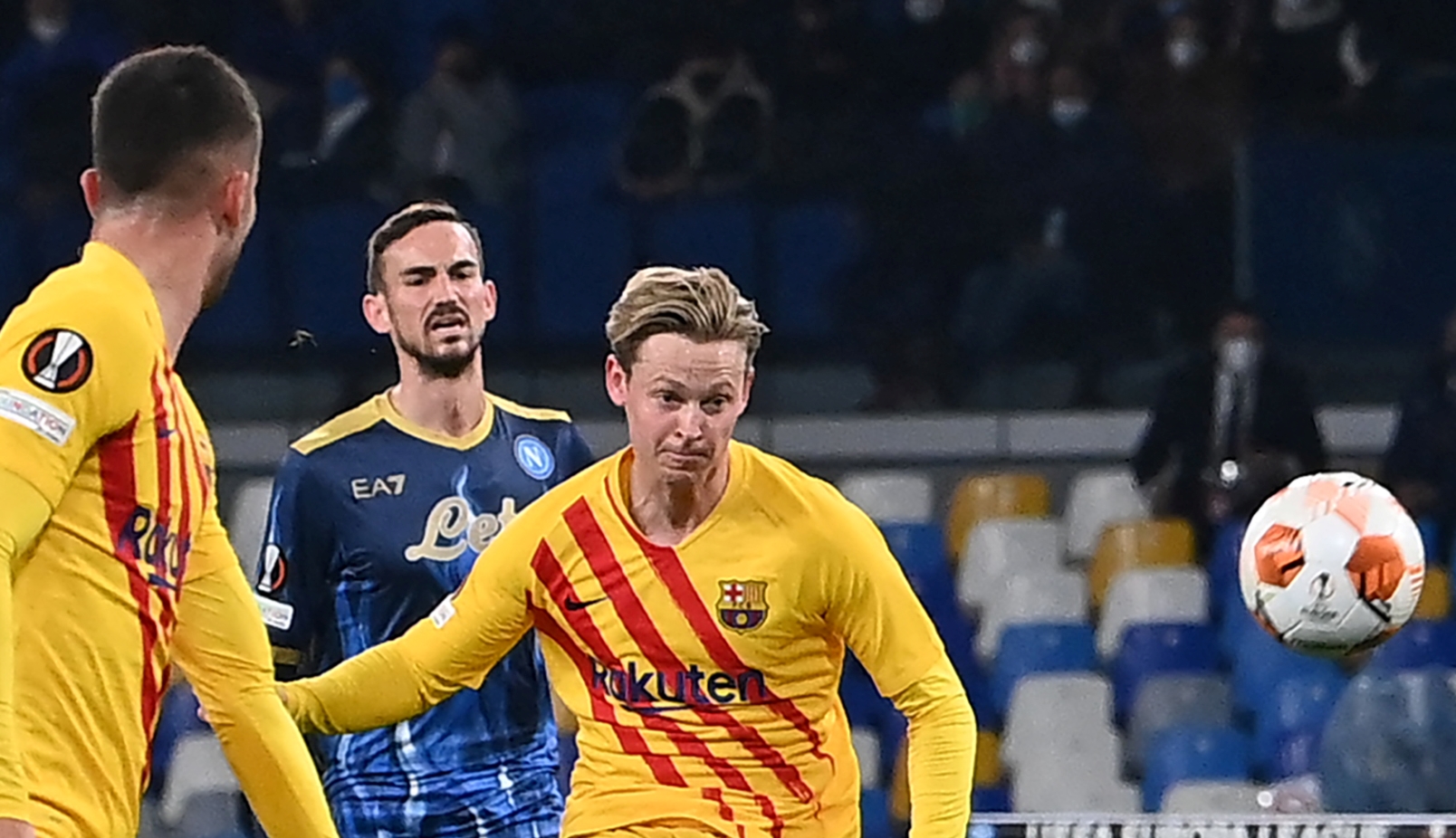 Barcelona have raced into a commanding lead in Naples during their Europa League knockout stage playoff second leg.

The Blaugrana made the trip to Italy on the back of a 1-1 draw with Napoli in the first leg, well aware of the difficult clash that awaited them at Stadi Diego Armando Maradona.

But they didn’t waste any time, taking a two-goal lead early on.

A fierce counter attack from a Napoli corner had Barcelona ahead, with Pierre-Emerick Aubameyang and then Adama Traore bursting forward with pace.

The ball wound up reaching Jordi Alba who found the net with a confident finish.

Marc-Andre ter Stegen came rushing out out his goal to concede a penalty rather needlessly, and Lorenzo Insigne took care of the rest from the spot.

Barca now have a 2-1 lead on the night and a 3-2 lead on aggregate at time of writing.

You can see the goals below depending on your location.

WHAT A GOAL BY FRENKIE DE JONG 🤩🤩🤩 pic.twitter.com/EqCH6GzA6x