Real Madrid transfer target Endrick has revealed his plans to stay with current club Palmeiras in the coming years.

Los Blancos have been linked with a move for the 15-year-old striker, who has already been earmarked as one of the next global superstars, after an incredible goal return at underage level.

The Brasilia-born teenager joined the Palmeiras youth ranks aged 11, and he has netted an unbelievable 165 goals in 169 games, across youth teams for the club.

Real Madrid are rumoured to have already reached out to the player and his parents to establish a link over a future transfer including an invite to their Champions League clash at PSG this month. 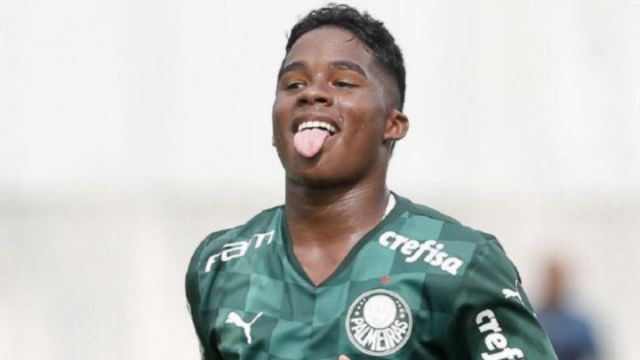 However, despite the links, Endrick stated his immediate future lies at Palmeiras, as he prefers to develop in Brazil, rather than in Europe.

“I have to focus on Palmeiras, where I want to become an idol”, as per reports from TNT Sports Brazil, via Mundo Deportivo.

“I’m going to stay at Palmeiras for a long time; I think I can bring a lot of joy to the fans here.”

Despite his comments, Real Madrid are set to continue their monitoring of Endrick in the coming years, as they aim to recruit the best talents in world football.

His current deal expires in 2024, with a string of major European sides set to renew their interest then, if his progress continues at its current staggering rate.