Atletico Madrid boss Diego Simeone praised the role of midfield star Marcos Llorente in their 3-0 win away at Osasuna.

Los Rojiblancos returned to winning ways at El Sadar after slipping to a shock 1-0 La Liga defeat at home to Levante in midweek.

Goals from Joao Felix, Luis Suarez and Angel Correa secured a straightforward three points for Simeone as his side gear up to face Manchester United in Champions League action next week. 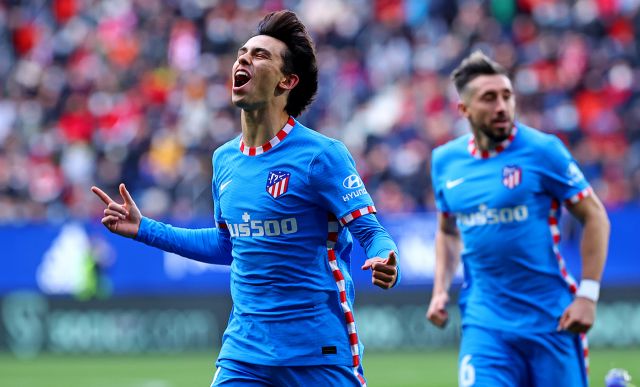 Spanish international Llorente played a key role in Atleti’s title win in 2021, deployed at right midfield, as part of a supply line into Suarez.

However, he has been forced to rotate and fill in at right back on occasion this season, due to injury problems for Sime Vrsaljko, and the January departure of Kieran Trippier.

His start in midfield against Osasuna is a real positive ahead of taking on United and Simeone was impressed by the 27-year-old.

“We came from a hard blow (against Levante) and it’s been difficult because we had just a few days to prepare”, as per reports from Marca.

“We started very well, with a good attacking shape and Marcos in midfield, which gives us something extra, as we know he does.”

Llorente is expected to retain his starting role at home to United on February 23 with Simeone’s defending champions returning to domestic action at home to Celta Vigo next weekend.