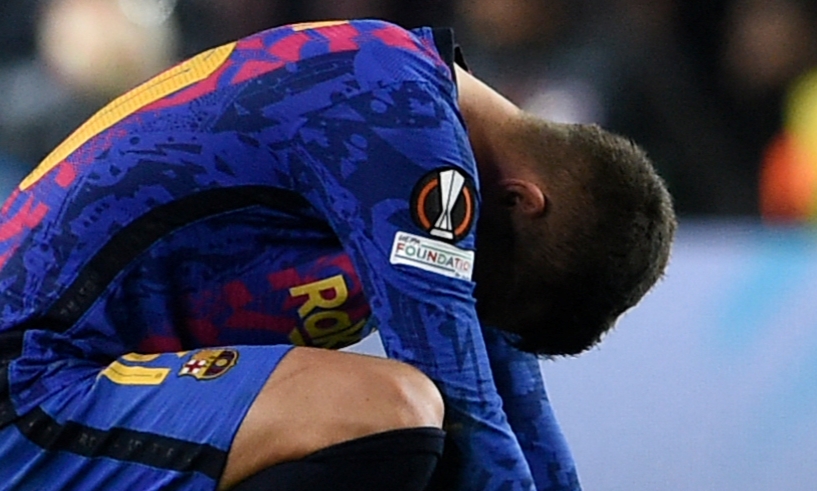 Barca had to settle for a point against Napoli in their Europa League knockout playoff first leg clash at Camp Nou on Thursday evening.

January signing Torres scored the equaliser from the spot after Napoli scored from a counter-attack.

But he went on to miss a number of key chances, with Barcelona dominant for much of the clash.

It was a big missed opportunity for the Blaugrana to take a lead to Naples for next week’s second leg.

And after the game, Torres knew it, breaking down to tears after missing clear-cut opportunities.

It was a sad sight for a player who worked hard to create those opportunities and to get into good positions.

But his effort is appreciated, and these kinds of days happen to the best of players, something club legend Puyol has acknowledged.

As few as the words are, there’s no doubting Torres will appreciate them as he looks to put his disappointments behind him.