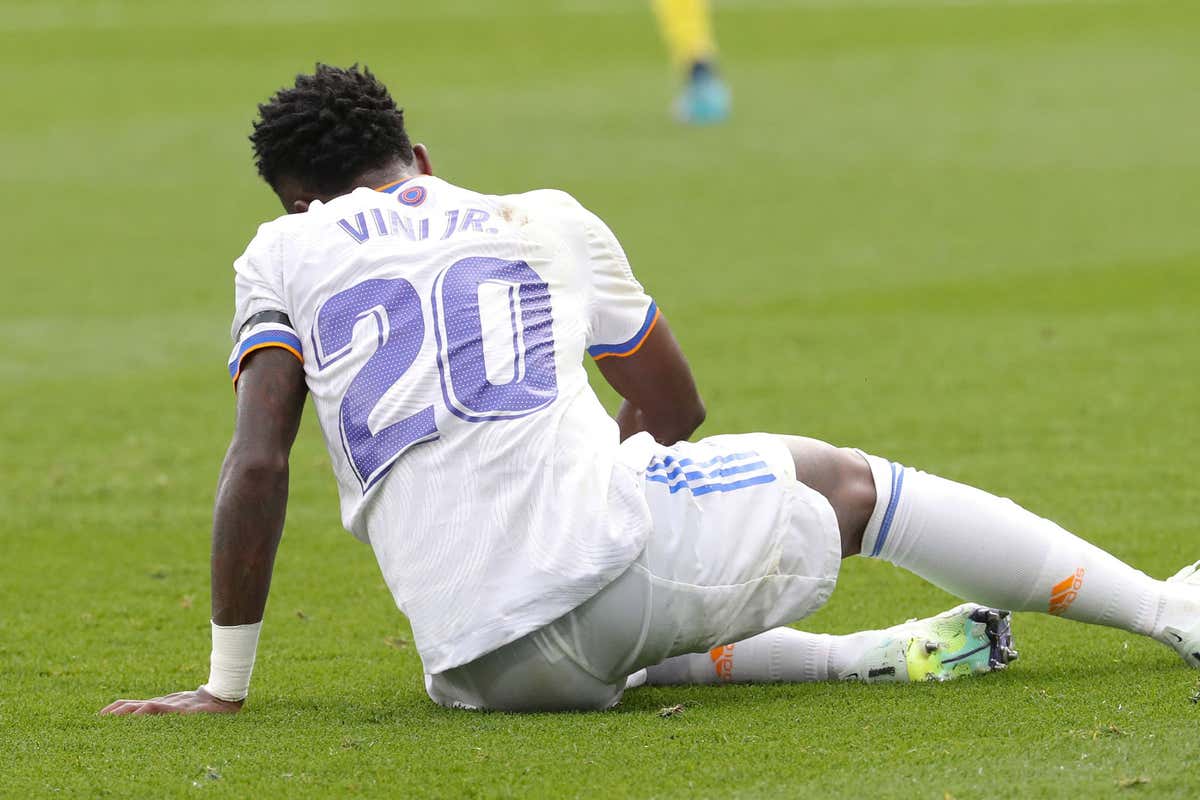 Real Madrid are unhappy about the rough treatment that Vinicius Junior is receiving according to Diario AS. Madrid drew 0-0 against Villarreal yesterday afternoon and Vinicius took hits from both Raul Albiol and Dani Parejo, causing outrage amongst the powers-that-be at the Santiago Bernabeu.

Only Javi Galan of Celta Vigo has been fouled more times than the Brazilian so far this season, although when you adjust that statistic for minutes per card it’s Vinicius who’s in front.

Madrid believe that they should have earned a penalty in the 14th minute when he collided with Albiol but it wasn’t given. Carlo Ancelotti, as is his nature, was diplomatic speaking after the match but it’s understood the club itself is furious.

But interestingly, Vinicius isn’t fouled nearly as much in Europe as at home in Spain. He’s been fouled six times in the Champions League, far less than Jude Bellingham, who has the most to his name with 17, and Neymar, Riyadh Mahrez and Brahim Diaz.