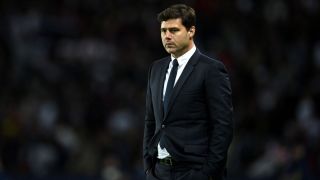 Paris Saint-Germain coach Mauricio Pochettino has revealed that Neymar Junior could be included in the squad to face Real Madrid in the last 16 first leg of the Champions League at the Parc des Princes on Tuesday evening.

The Brazilian has been out injured in recent times and is yet to make his comeback, but Pochettino revealed that he could still be included. “You have to be careful with expectations,” the Argentine said in comments carried by Diario AS.

“You have to live in reality. Everyone creates their own expectations. Expectations are something that isn’t supported by science and reality is something else. He might be in the squad. He’s coming along very well and he could make it into the squad. Hopefully he does because he’s an important player for us.”

Neymar is one of the most talented footballers in the world and can be unstoppable if he’s on song. The Brazilian joined PSG in the summer of 2017 from Barcelona and has since led the French club to three Ligue 1 titles. They’re on course for a fourth this season, too, given they’re currently 16 points clear of second-placed Marseille at the top of the table.

Madrid are also top of their table, but they’re just four points clear of second-placed Sevilla in La Liga. They’re coming into the clash without a fully-fit Karim Benzema and on the back of a 0-0 draw at Villarreal’s La Ceramica on Saturday afternoon.