Real Madrid could be given a fresh advantage in their 2022 push to sign Borussia Dortmund star Erling Haaland.

Los Blancos have been heavily linked with a summer move for the Norwegian international alongside a string of other European powerhouses.

Haaland is under contract with the Bundesliga giants until 2024, however, his release clause at Signal Iduna Park drops to €75m at the end of the current season.

However, according to reports from German outlet Bild, via Marca, Adidas’ desire to sign the player could help Real Madrid’s efforts in the coming months. 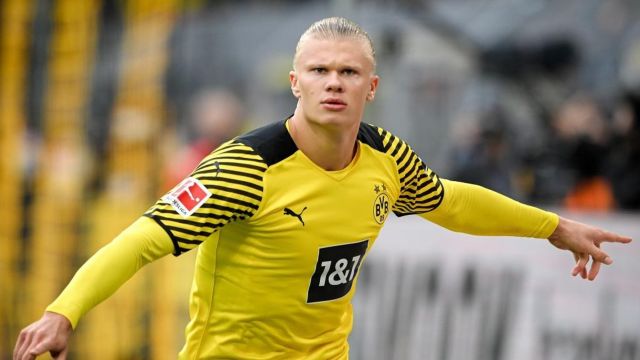 The German sporting brand are rumoured to have held a meeting with Haaland and his representatives after his contract with Nike expired last month.

Former Real Madrid boss Zinedine Zidane was also involved in the secret talks, as per the report, with a switch to Adidas making a move to Madrid easier based on personal image rights.

Adidas currently sponsor a host of Real Madrid players, with their link as kit manufacturers for the club stretching back to 1998, and their current €1.1bn deal runs until 2028.