Barcelona defender Dani Alves will miss their next two La Liga games after his appealed suspension was upheld.

Alves was a central figure in La Blaugrana’s 4-2 league win at home to defending champions Atletico Madrid with a goal and an at the Camp Nou.

However, the Brazilian international was sent off in the second period, following a nasty challenge on Yannick Carrasco, with a two match ban instantly incurred. 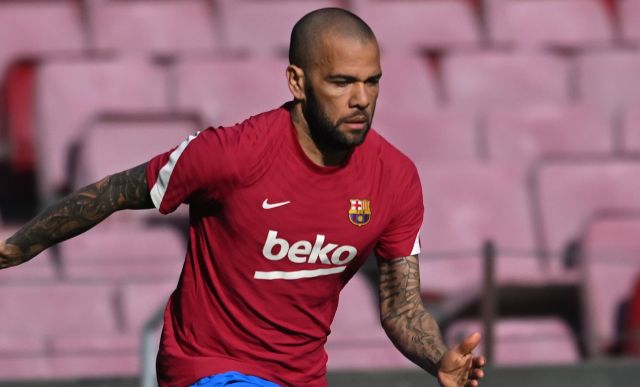 Barcelona had appealed to the La Liga/RFEF Appeals Committee to ask for a reduction to a single game for Alves, but as per reports from Marca, the ban has now been kept in place.

Alves will miss this weekend’s crunch Catalan derby trip to neighbours Espanyol and their clash away at Valencia on February 20.

The 38-year-old will also miss both legs of Barcelona’s Europa League last 32 ties with Serie A giants Napoil, in between those games, after not being registered in Xavi’s European squad in 2022.