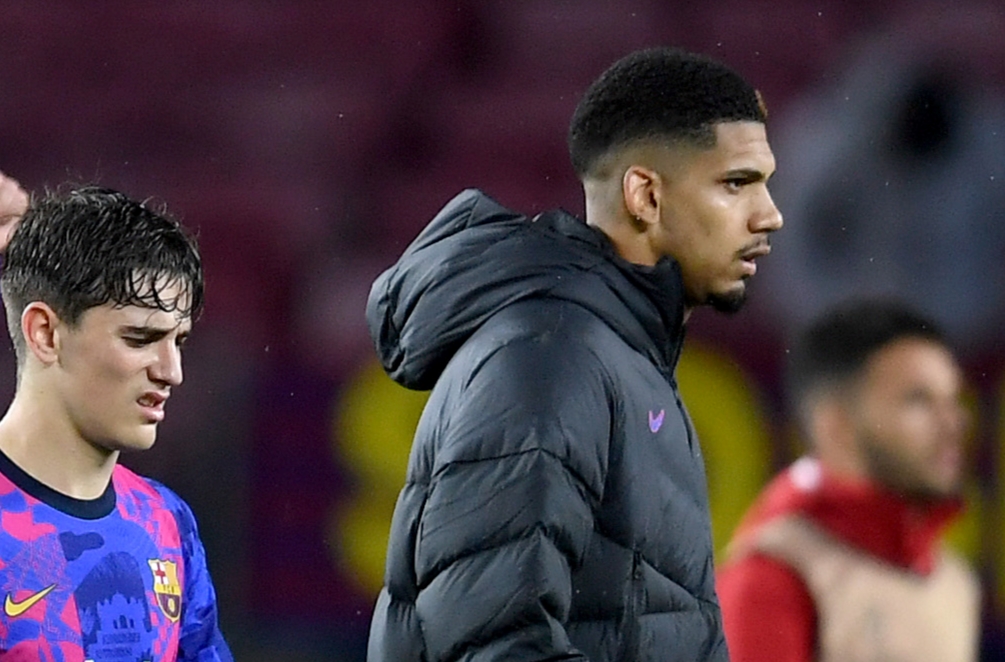 Barcelona are said to have suffered two fresh contract setbacks.

Following the little progress made over the situation of Ousmane Dembélé, Barca are now turning their attention to two other key players.

Young midfielder Gavi and starting centre-back Ronald Araujo are both at the top of the agenda when it comes to new deals.

Xavi Hernandez even admitted to prioritising Araujo’s renovation on Saturday.

But there have been setbacks, with both Araujo and Gavi rejecting proposals, according to Sport.

It’s reported both players want to feel like valuable members of the team, and they have been offered deals significantly lower than what some of their teammates earn.

Both players have rejected the initial proposals, according to the report, and Barca will have to improve their respective offers.

Araujo and Gavi are both out of contract in 2023 as things stand, and learning from the Dembélé saga, Barca are desperate not to allow either player to move into the final year of their respective deals.