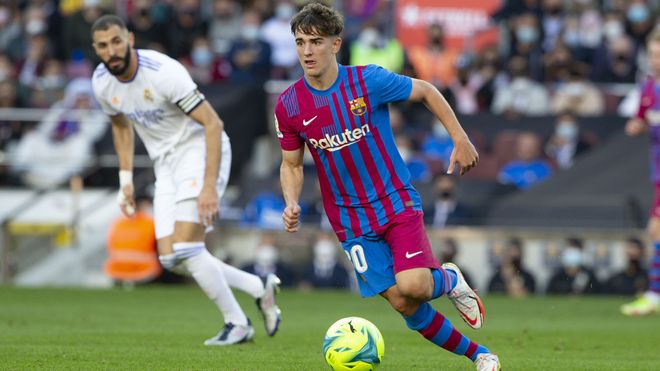 Now that the January transfer window is closed Barcelona’s attention has turned to tying down some of their most promising young talents. The first, according to Diario Sport, will be Gavi.

The Andalusian teenager has been a regular under both Ronald Koeman and Xavi this season and Barcelona are keen to extend his contract.

As well as featuring often for the Blaugrana, the 17-year-old has also become an important part of Luis Enrique’s midfield with the Spanish national team.

He deserves more than the €100k per year that he’s currently taking home, and a release clause of just €50m makes him susceptible to interest from most of the European elite.

But there’s no worry on Barcelona’s side. They’ve met with his agent and know that Gavi is determined to succeed at Camp Nou. He’ll be the next to follow Ansu Fati and Pedri in committing their future to the club for the long-term.