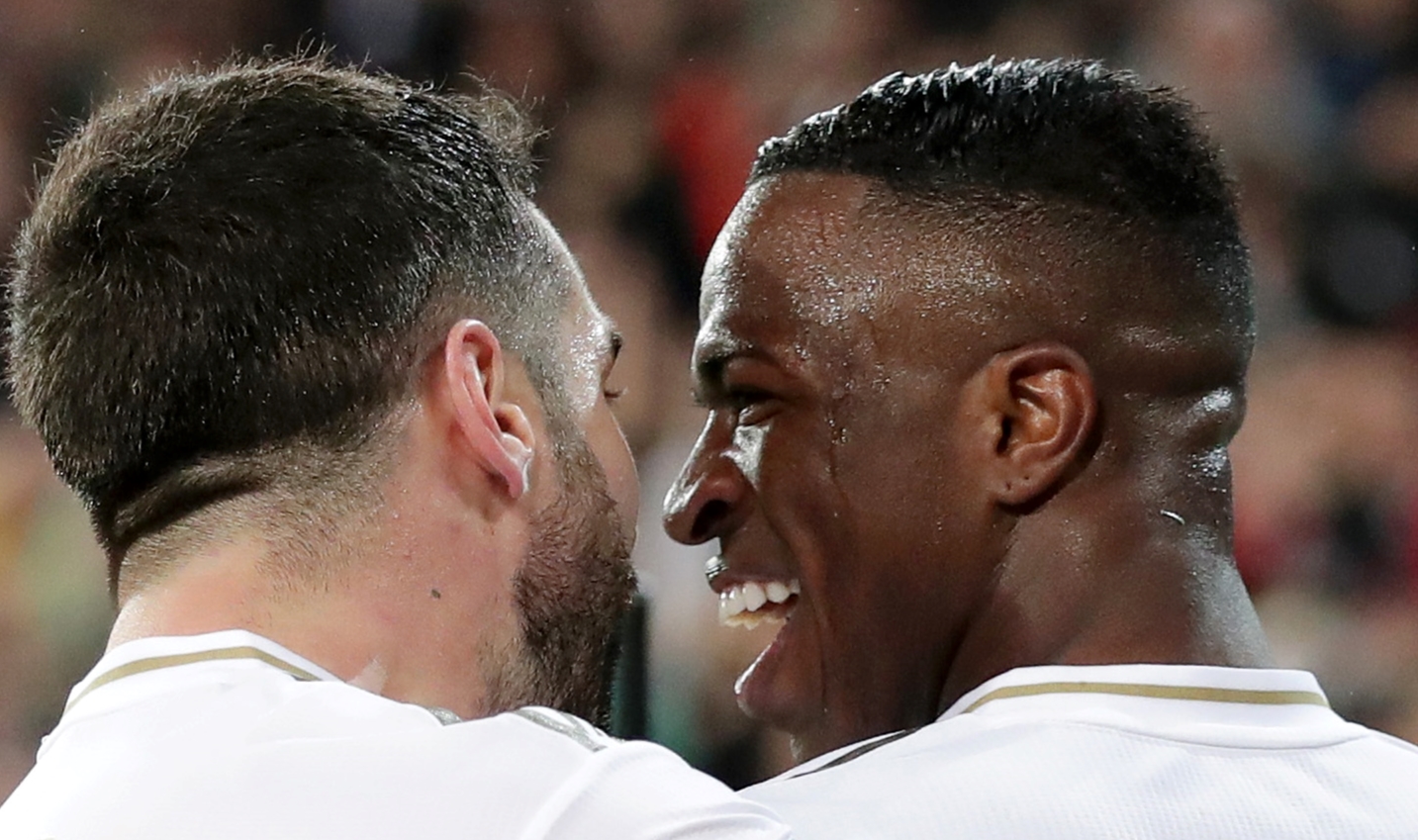 Dani Carvajal has been praising teammate Vinicius Junior for his performances so far this season.

Vinicius has gone from strength to strength this season, finding consistency and a finishing touch under Carlo Ancelotti.

The 21-year-old has scored 15 and assisted 10 across all competitions so far this season, and he doesn’t look like slowing down.

Along with Karim Benzema, Vinicius has been the stand-out man for Los Blancos, and that’s something experienced head Carvajal agrees with.

Speaking about his counterpart to Ona Cero radio, the defender said:” We are all hallucinating over the performances he is giving.

“He knows that the goals are arriving and what he is doing. He is being decisive and he is giving us lots of points with goals and assists.

“He is basing his game more on being decisive than dribbling.”

Vinicius has been accused of lacking final product during his young career, but it’s clearly something he has addressed ahead of this season.

Under Ancelotti, the Brazilian has shown a composure in front of goal that we hadn’t seen previously.

With that added trait, Vinicius is well on his way to becoming one of the world’s top players, and as Carvajal eludes to, Real Madrid are reaping the rewards along the way.