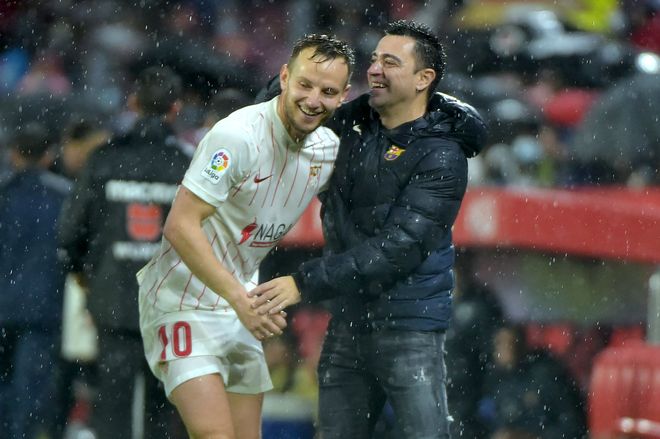 Sevilla need to be on top form on February 17th when they take on Dinamo Zagreb in the first leg of the next round of the Europa League. That’s according to the experienced Ivan Rakitic, who spoke about the tie in comments carried by Diario Sport.

“We’re aware that we have to play at our highest level to eliminate Dinamo,” Rakitic said. “And we have to do it, since the Europa League is very important for our fans and our club.”

The Croatian also opened up on Sevilla’s title challenge. The Andalusian outfit are currently just four points behind La Liga leaders Real Madrid and have yet to welcome them to the Sanchez-Pizjuan for the return fixture.

They’re Madrid’s only credible challengers so far this season. “We’re going to go step by step,” he said. “We’ll be fully prepared for each game and I’m convinced that we can do great things.”

Rakitic also spoke about how it is to be back at Sevilla after six years away at Barcelona. That time was “fantastic” he assured. “But when I talk about home that means here in Seville.”

Rakitic joined Sevilla in 2011 from Schalke, spending three years at the Sanchez-Pizjuan before joining Barcelona in 2014. He won everything there is to win at Camp Nou, including a famous treble in his first season, before returning to Sevilla in 2020.

The Croatian speaks Spanish with an Andalusian accent and his wife, Raquel, is from the city. In good form once again after a tough first season back at Sevilla, life is good for the 32-year-old.