Real Madrid defender Ferland Mendy faces a fitness battle ahead of a busy February for the La Liga leaders.

The French international has flagged up a muscle injury following his return to training this week.

Mendy will now be assessed by the club’s medical staff in the coming days with boss Carlo Ancelotti facing an anxious wait on the 26-year-old. 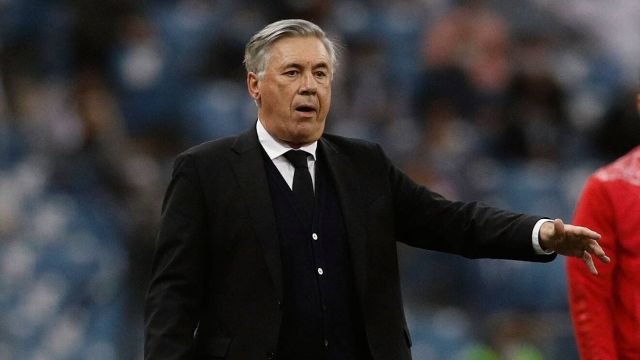 According to reports from Marca, Mendy could miss five and six games in the coming months, including the crucial Champions League last 16 clash with Paris Saint-Germain on February 15.

The report adds Mendy is certain to miss Real Madrid’s next three games, with league ties against Granada and Villarreal and a Copa del Rey trip to Athletic Club.

Fellow left back Marcelo is missing for the journey to the Basque Country, as he serves the first game of a three match cup ban, with Nacho Fernandez set to be drafted in as emergency cover.