Ousmane Dembele set to remain at Barcelona in 2022

Barcelona winger Ousmane Dembele will not leave the club on transfer deadline day.

The French international has been heavily linked with a move away from the Camp Nou in the final hours of the transfer window with no progress on his contract extension.

Dembele’s current deal expires at the end of the season and the La Blaugrana hierarchy were keen not to lose him on a free transfer this summer.

However, despite rumoured interest from Premier League sides in the 24-year-old, no move materialised in the closing hours of the window. 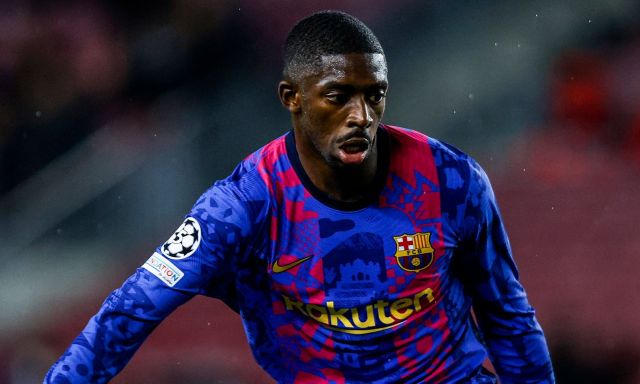 According to reports from Sky Sports, Chelsea showed the strongest interest in him, but the Blues were unwilling to pay a hefty fee, due to his expiring contract.

Chelsea will now reach out to Dembele’s representatives over a pre contract agreement in the coming weeks, as per UEFA regulations, with Paris Saint-Germain also monitoring the former Rennes star’s situation at Barcelona.