Inaki Pena to join Galatasaray on loan from Barcelona

Barcelona’s back up goal keeper Inaki Pena is set to join Turkish side Galatasaray on loan.

Pena, who has once again played a back up role to Marc-Andre Ter Stegen and Neto this season, will leave the club on a four month deal. 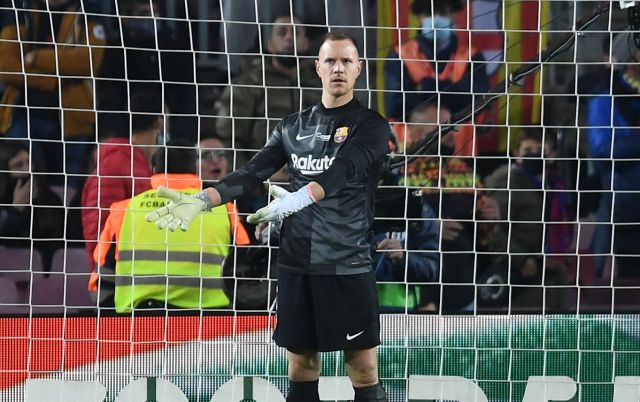 The agreement does not include a purchase clause for the former Spanish U21 international, with Dominic Torrent’s side, as per reports from Diario AS.

Pena has already travelled to Turkey this weekend and a deal is expected to be completed before the European transfer window closes in the next 24 hours.

The 23-year-old has returned to Barcelona’s B team this season with nine appearances for them in 2021/22.

His departure includes a wage sharing agreement between the two clubs as Barcelona look to reduce their salary bill in the second half of 2021/22.

Ter Stegen and Neto will continue as the two senior goal keeping options for Barcelona in the coming months.