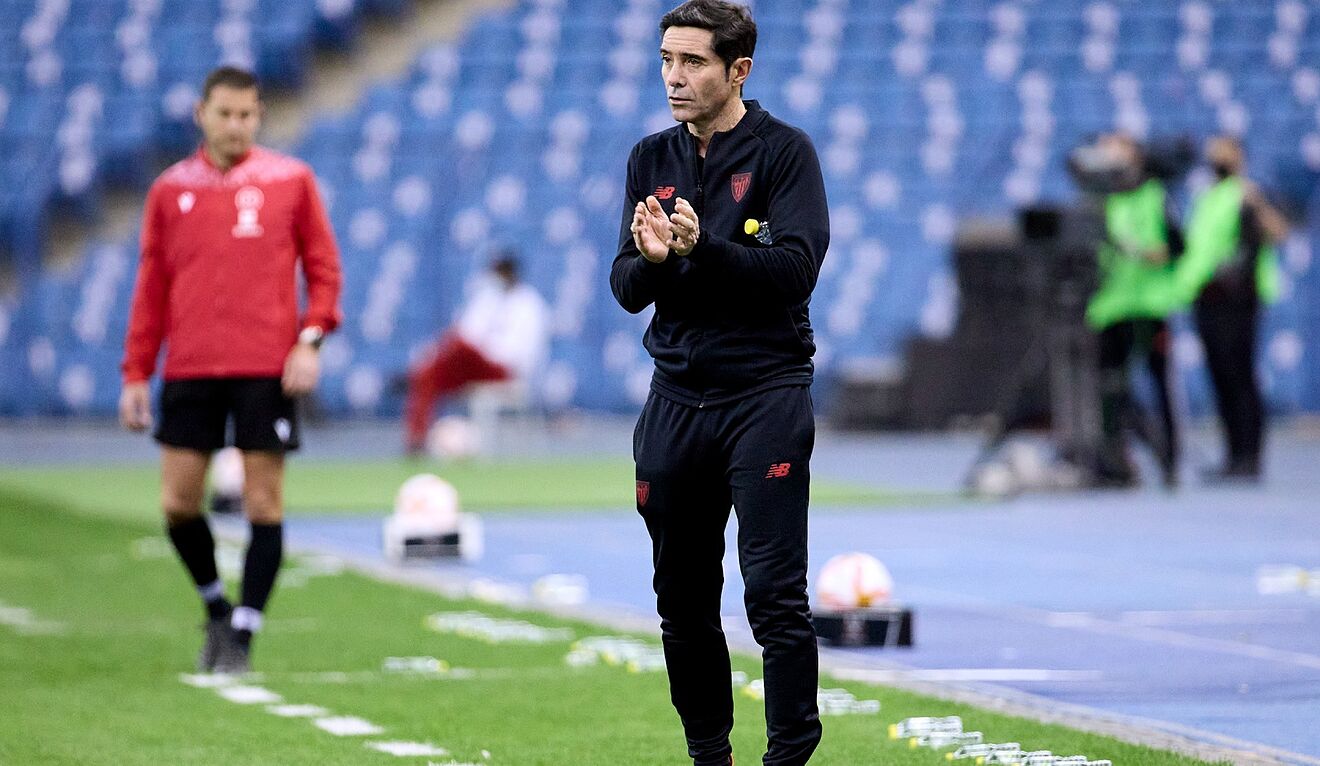 “I’m proud to coach this team,” Marcelino said post-match in comments carried by Marca. “They’re capable of competing against any rival. We played a fairly complete game from the start. We didn’t allow ourselves to come under too much pressure – a shot from [Yannick] Carrasco, one from Joao… The clearest chance of the first half was ours. In the second the goals came and so did a very good save from [Jan] Oblak. But we had control of the game and we were the superior side.”

The Asturian also looked ahead to the clash with Madrid on Sunday. “I admire Carlo Ancelotti as a person and as a professional,” he said. “So far his has been the best team in the championship, with [Karim] Benzema clearly the best player and another in Vinicius [Junior] who’s also at that level. Those three midfielders… There’s no weakness at all but we’re going to have to try and take every advantage. It was very strange that in our two games against them we didn’t earn a single point. Let’s hope  that our reward is going to come on Sunday.”