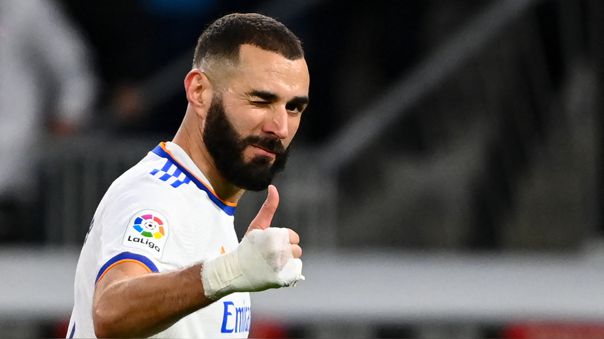 Karim Benzema is flying this season. The Frenchman has scored 22 goals and contributed eight assists in both La Liga and the Champions League for Real Madrid so far in 2021/22 and has been a big reason Los Blancos currently lead the division.

Marcel Desailly, a former French international who represented Marseille and Milan during his distinguished career, has spoken out in praise of his countryman in comments carried by Marca.

“He’s a player who knew how to challenge himself when Cristiano [Ronaldo] left and when they were together he put himself as his disposal,” Desailly said.

“He was able to demonstrate on a day-to-day basis that he was better than players like [Gonzalo] Higuain or [Alvaro] Morata, let’s remember that they had to choose which one stayed.

“Florentino Perez has trusted him since he went and signed him from Lyon. He’s surpassed Ronaldo [Fenomeno], his idol, in some statistics. It’s incredible what Benzema is achieving but he’s still not seen for what he is, it’s strange.”

Benzema, like Desailly said, joined Madrid from Lyon back in 2009 and has gone on to contribute 301 goals and 152 assists in the 584 matches he’s played for the club. He’s also scored 36 goals from his 94 caps for the French national team despite not being selected by them for over five years after an off-pitch scandal.

His form this season, alongside the fine work done by Vinicius Junior, is a key reason Madrid are currently five points clear of Sevilla at the top of La Liga, albeit having played a game more.