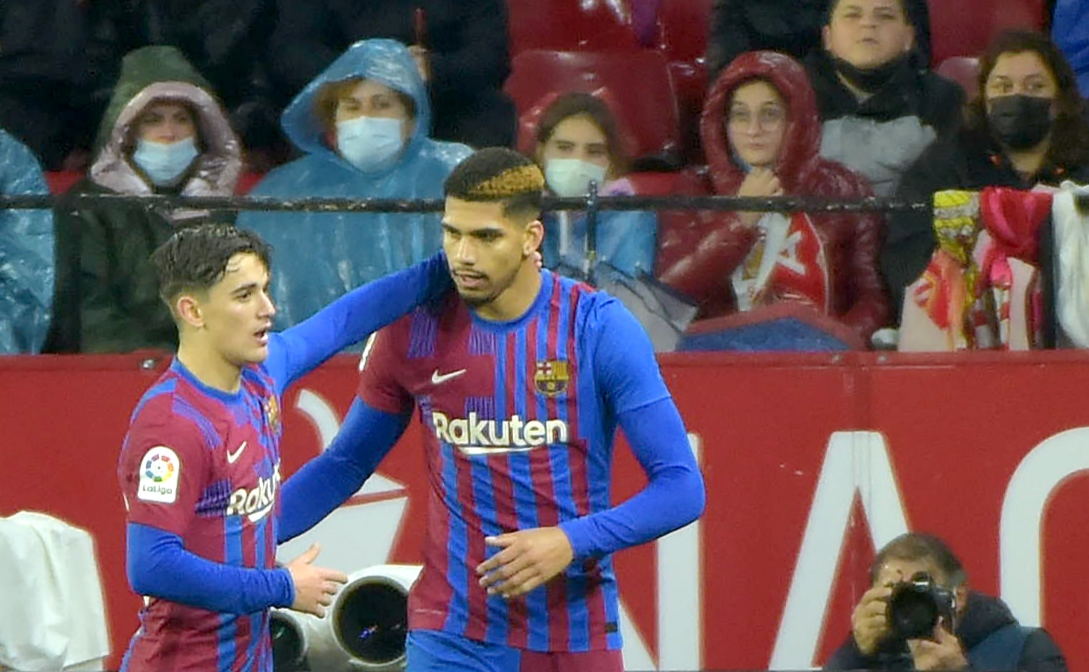 Barcelona have two contracts they need to address in the not too distant future.

Blaugrana chiefs will still be patting themselves on the back this morning after successfully registering new signing Ferran Torres.

A new contract agreement with Samuel Umtiti saw Barca reduce their salary mass enough to get the job done after a couple of nervy weeks.

Contract talks with Ousmane Dembélé continue in the background, while a deal with Sergi Roberto is expected to come.

Though, there are two players Barca need to offer contracts to in the very near future.

According to Sport, both Ronald Araujo and Gavi are expecting new deals having become crucially important under Xavi Hernandez.

Both players are said to understand Barca are not in a position to spend more on salaries this month, but as has been the case with the likes of Pedri and Ansu Fati, Araujo and Gavi are expecting to be tied down long-term with new terms based on their performances, and it’s something Barca will need to address in the next month.

As things stand, both players are set to be out of contract in the summer of 2023.