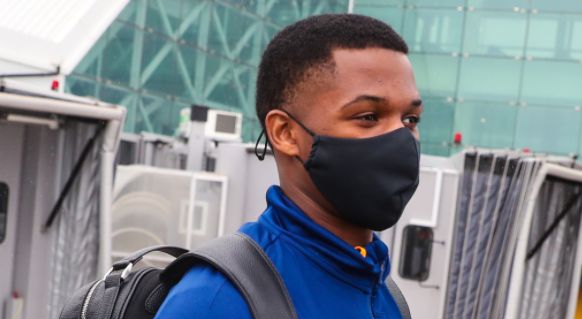 Barcelona are wheels up and headed to Riyadh.

The Blaugrana are headed to Saudi Arabia to face Real Madrid in the Spanish Super Cup semi-final on Wednesday evening.

They will face either Athletic Club or Atletico Madrid if they can progress to the final, but league leaders Real Madrid will provide a tough test.

Thankfully for Barca, they have been given a big boost in the form of Ansu Fati, who has returned from injury in time.

Fati has been out for 11 games with a hamstring injury that came on the back of his almost year-long knee injury.

He is joined by Frenkie de Jong and Ronald Araujo, who have made a quicker than expected return from injury.

De Jong is back from a muscular issue, while Araujo will play in a protective splint after having an operation on his broken hand.

The bad news is that Pedri and new signing Ferran Torres have missed out.

Neither has provided a negative PCR test in time following a battle with coronavirus, and they will return ahead of next week when they face Athletic Club in the Copa del Rey.