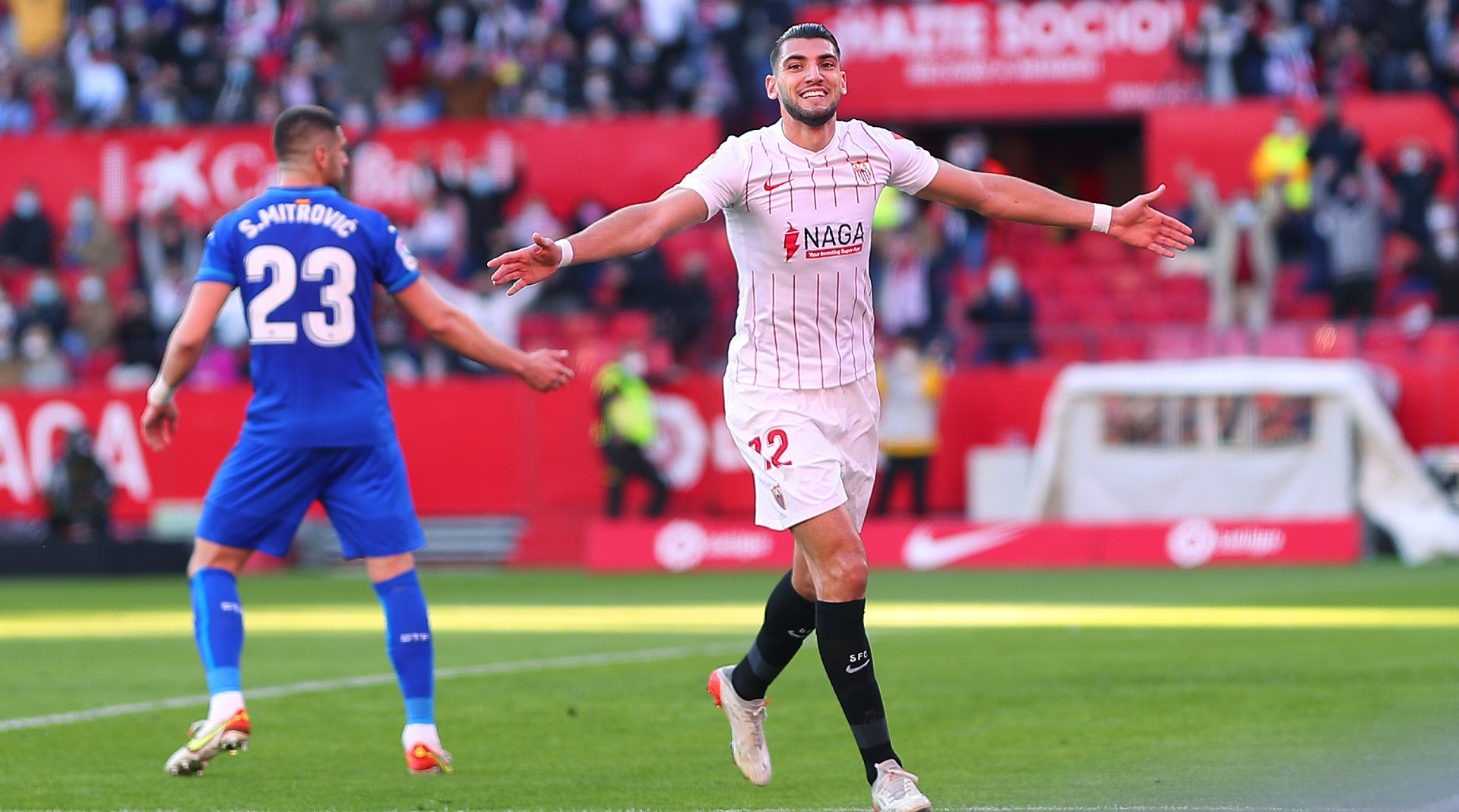 Sevilla have offered a reminder of their La Liga title aspirations with a 1-0 win at home to Getafe.

Julen Lopetegui’s side now end the weekend five points behind league leaders Real Madrid, in second place, with a game in hand on Los Blancos.

The hosts looked to click into gear right from the off in this one, as Rafa Mir bounced back from seeing an early goal ruled out by VAR, to fire them in front before the break.

That is very cheeky from Rafa Mir! 😱

An audacious near post flick catches the keeper out for the Sevilla opener ⚪🔴 pic.twitter.com/b85O2G1RgC

However, despite Mir again falling foul of VAR after the restart, Sevilla had enough in the tank to manage the tie in the second 45.

Three crucial points had the home fans singing in full voice at full time with the Andalucians dreaming of a first top flight league title since 1946.

The entire Sánchez-Pizjuán chanting “La Liga” in unison as the Sevilla players applaud the supporters after the final whistle. What had been an unspoken wish has now become a very clear objective – let’s see how high Julen Lopetegui’s team is going to fly.

Up next for Lopetegui’s side is a Copa del Rey derby at Real Betis next weekend with Getafe at home to Granada on January 20.