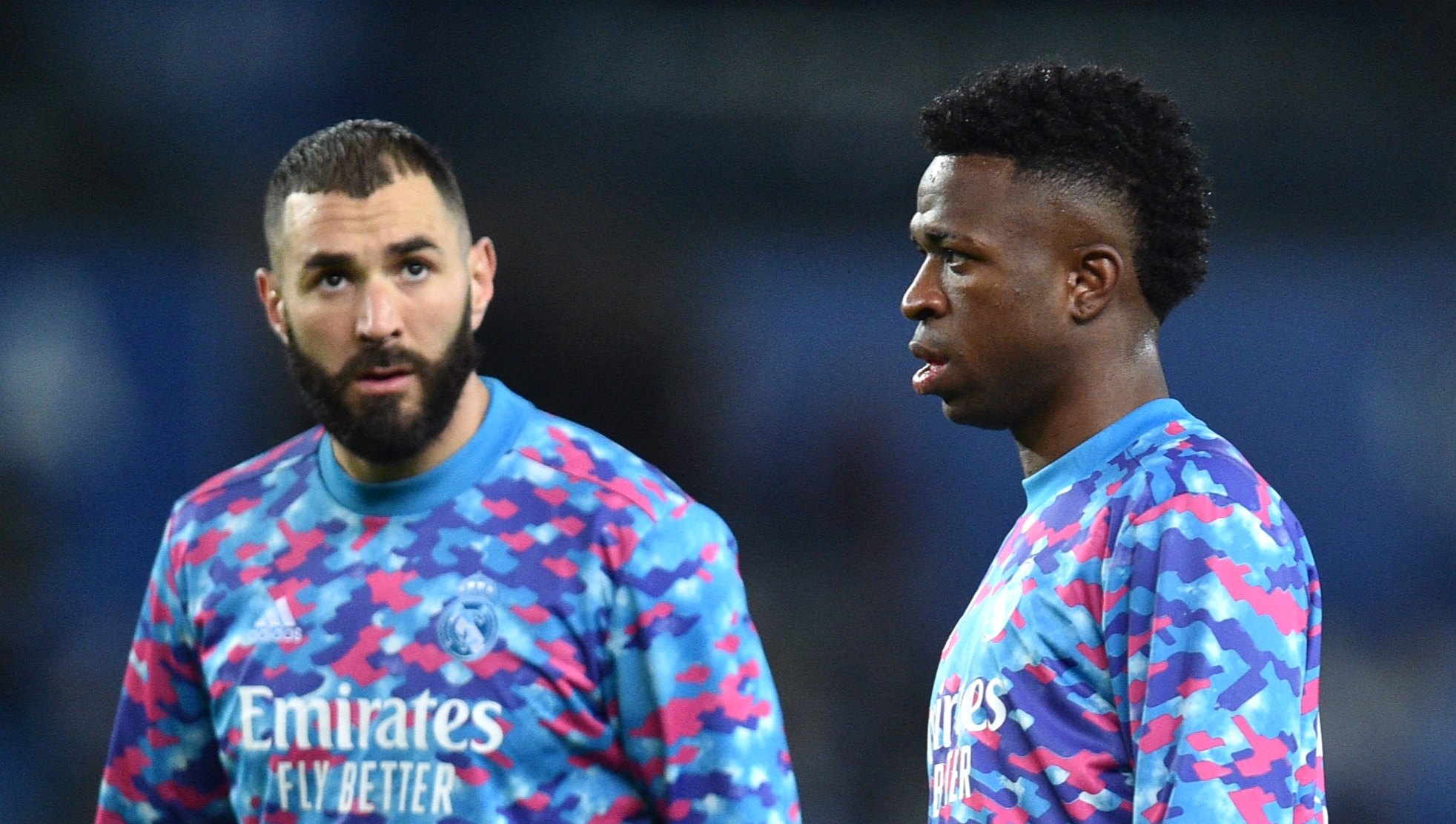 Carlo Ancelotti is pleased with what he saw from his two most dangerous attackers on Saturday night.

Real Madrid made easy work of Valencia with a 4-1 win thanks to a brace from each of Karim Benzema and Vinicius Junior.

The win saw Los Blancos extend their lead to eight points after a strong home performance.

And once again, Benzema and Vinicius were key to the win, the pair now the top two in La Liga’s top scorer list again.

Benzema and Vinicius have scored 29 league goals between them, making up almost two thirds of Real Madrid’s goals this season.

But head coach Ancelotti feels he has said all he needs to say, giving a very simple assessment of his dangerous front pair following their latest clinic.

“They are doing very well,” he said, as cited by Diario AS.

“They are combining very well between then. I hope they can continue.”

Los Blancos now head into next week’s Spanish Super Cup having returned to winning ways after losing to Getafe prior to the Valencia clash.