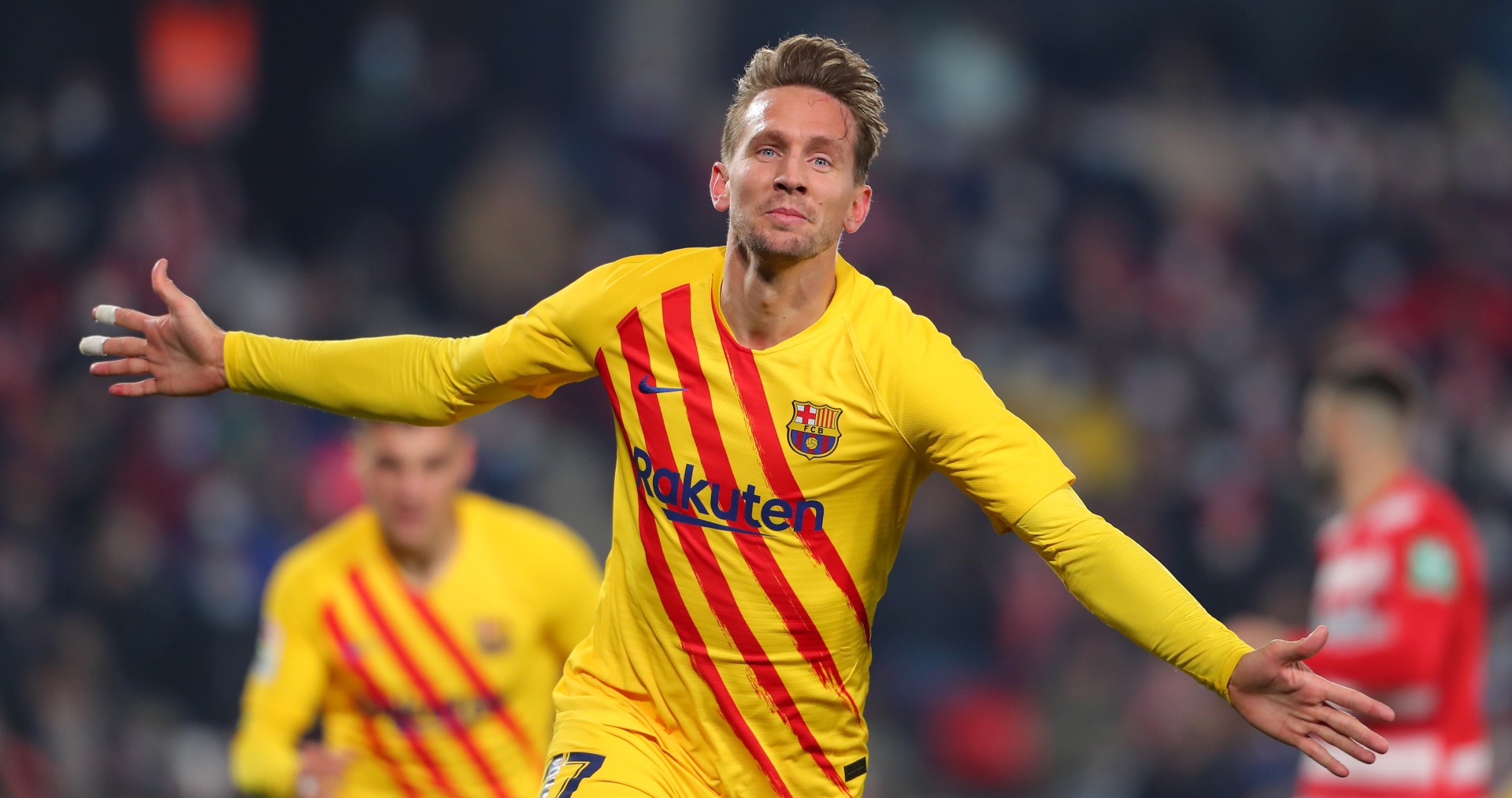 Luuk de Jong has continued his strong start to 2022 to edge Barcelona into a 1-0 lead away at Granada.

The much maligned Dutch international has been drafted into Xavi’s starting side following a string of injuries and positive Covid-19 tests since the start of the New Year.

The Sevilla loanee netted the winner in their 2022 opener away at Mallorca last weekend and he has taken centre stage in Andalucia.

After seeing his first half goal ruled out for offside by VAR the veteran striker did superbly to get across his man and nod home Dani Alves’ pin point cross.

Xavi will be looking to squeeze over the line again in this clash with a busy run of games now on the horizon for La Blaugrana.

His side head off to Saudi Arabia to face Real Madrid in the Spanish Super Cup in midweek, with the potential of two games in Riyadh, before facing Athletic Club in the Copa del Rey last 16.