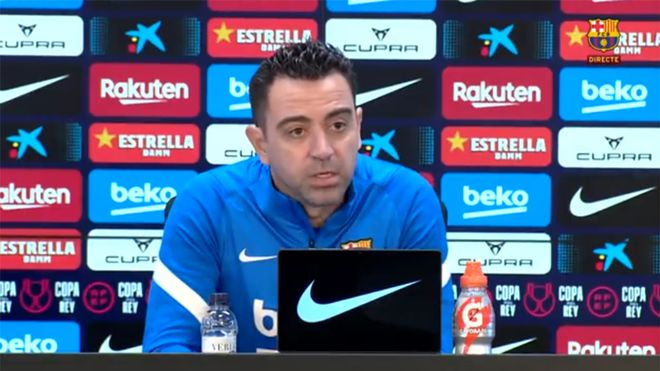 Xavi has confirmed that Ansu Fati will be fit in time to play for Barcelona in the Supercopa de Espana against Real Madrid.

Speaking in comments carried by Diario Sport ahead of the Blaugrana’s La Liga clash with Granada tomorrow evening, Xavi revealed that the starlet is very close to returning to full fitness.

“Ansu is fine,” he said. “I had some doubt as to whether he’d be ready for tomorrow’s match, and for now I prefer to wait because the last time he had a relapse. We want Ansu to be at 100%, and knowing he’s about to return is spectacular news for us.

“He’s worked very well and showed real ambition. He’s capable of making a huge difference. He’s a fundamental player for us and we don’t want to take risks that could see us lose him for the rest of the season. I prefer to wait for him to be at his best, in a physical sense.”

Xavi said that he isn’t saving Fati for the Supercopa. He’s simply waiting until he’s completely ready. “If it were the other way around, playing Madrid tomorrow and then facing Granada in the Supercopa, I’d do exactly the same.”

Barcelona are fifth in La Liga as things stand, a point clear of sixth-placed Rayo Vallecano and a point behind fourth-placed Atletico Madrid. They’re also just two points behind third-placed Real Betis, so could conceivably end up in third after this weekend should results go their way.

Granada are currently down in 13th place, seven points clear of Alaves and the relegation zone and seven off Rayo and a Europa Conference League place. The Andalusian side will welcome Barcelona to Los Carmenes but will hope to send them back to Catalonia empty-handed having secured a historic victory.