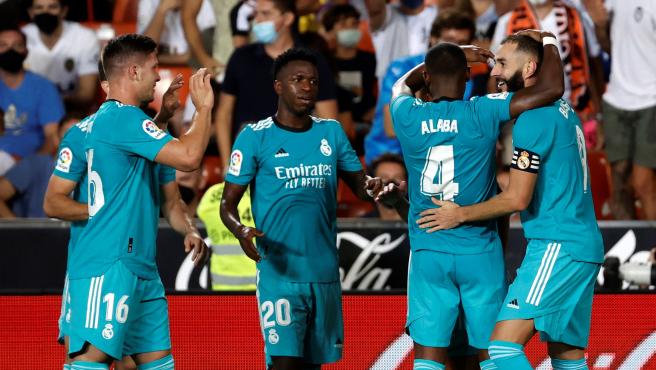 Ladies and gentlemen, this weekly column changes format. From now on, Phil and I will compete to get the most results right, and of course we’ll keep track of it. Every once in a while, we’ll invite some other writers to offer their predictions. Hope this is as fun for you as it’s going to be for us.

Remember, we’re using the logic of the traditional Quiniela in Spain, the weekly state-owned bet. It’s ‘1’ for a home win, ‘X’ for a draw and ‘2’ for an away win.

Eduardo Alvarez: 1. Levante to break the spell and begin 2022 with three points after eight months without a win! “New year, new life” as we say in Spain.

Phil Ball: 1. Yep, I have to agree.  As they say, at the darkest moment cometh the light. Levante touched rock bottom but Mallorca are not exactly a tough proposition.

PB: 1. Do I not like that (!)…..but I’m looking at the cup results as a possible indication of these two clubs’ current realities. RS came through a tough one at Leganés to give them some morale, whereas Celta lost to 2B side Atlético Baleares, with plenty of their first-teamers in. Home win.

EA: X. Granada, undefeated in their last five, have recovered their nasty attitude from last season. Barcelona are not ready (yet) to win these ugly matches.

PB: 1. Yes, Granada are definitely looking better, and like Ed, I’m still not convinced about the Barça ‘revival’.  They might have Pedri back but I’m going for a home win.

EA: X. Match of the weekend for me! Carletto’s obsession to ride starting line-ups until they collapse has started to show its ugly face. Like they did back in Jan 2015 vs Ancelotti’s side, Valencia would love to spoil the party, even if that just means stealing one point.

PB: 2. I’m going to stick my neck out here.  Despite that weird defeat at home to Espanyol last week, Valencia, as Ed says, will want to poop the party and this is a game that Bordalás will love.  It might depend on who the ref is, but Valencia will kick lumps out of the hosts and nick it with a late goal. Believe me.

EA: 2. Two very well-coached teams overperforming so far. Rayo are one of the top five home performers in Europe this season, and that does seem an outlier. I’ll go for a regression to the mean, as Betis have to recover from their last two disappointing performances.

PB: 2. Agree with Ed.  Rayo’s form will start to unravel as the other teams get a handle on how they play.  Betis will be too good for them.

EA: 1. Sevilla are winning consistently this season. Some would say that they play consistently ugly too, but that’s less relevant when you’re second in the rankings. Getafe are bound to have the classic letdown match after their memorable win over Real Madrid.

PB: 1. Yep – we’re in agreement again.  Getafe will make it hard for them, but Sevilla rested players in midweek and cannot afford to blow this one, if they’re to be considered serious contenders.

EA: 2. Coach Calleja has had a bit of a champagne effect over Alaves. It now seems to be over, and at some point Athletic have to start converting some of the chances they create.

PB: 2: Oh yes – it’s an away (derby) win.  I was seriously unimpressed with Alavés last week, and Athletic are starting to look more coherent with two straight wins under their belt.

EA: X. Osasuna have only won once in 10 home matches so far, and Cadiz are a lot better visitors than hosts.

PB: X. I’m not sure what’s gone wrong over in Pamplona, but maybe their great start was a chimera.  Cádiz are really good at frustrating opponents (ask Real Madrid) and this is a good time to visit Osasuna.  I’m with Ed again on this one.

EA: 1. Another must watch. Both teams have improved remarkably in the last month. Despite their disappointing loss to Sporting in the Copa del Rey, I see a fresher Villarreal.

PB: 2. Well….I can’t agree too much with Ed, or else he’ll accuse me of being a softie. I just don’t trust Villarreal – there’s something weirdly unpredictable about them, and with the rumours that various players are on the Prem’s shopping list, things are a bit rocky there.  You could say the same about Atlético (who have also lost Griezmann), but I think they’ll win this one.  I gotta feeling…

EA: 1. The hosts look a much more accomplished side than Elche. The Argentinean experiment seems far from delivering what many of us expected.

PB:  X. Well….I don’t rate Espanyol that much, but their home form is good. Elche are better than they look, but have only picked up 5 points away from home all season, so draw your own conclusions.  Ed’s probably right, but I’m going for a draw, just to be awkward.

Join us! Copy the list of the weekend matches included below and add your own predictions in the comments’ section.