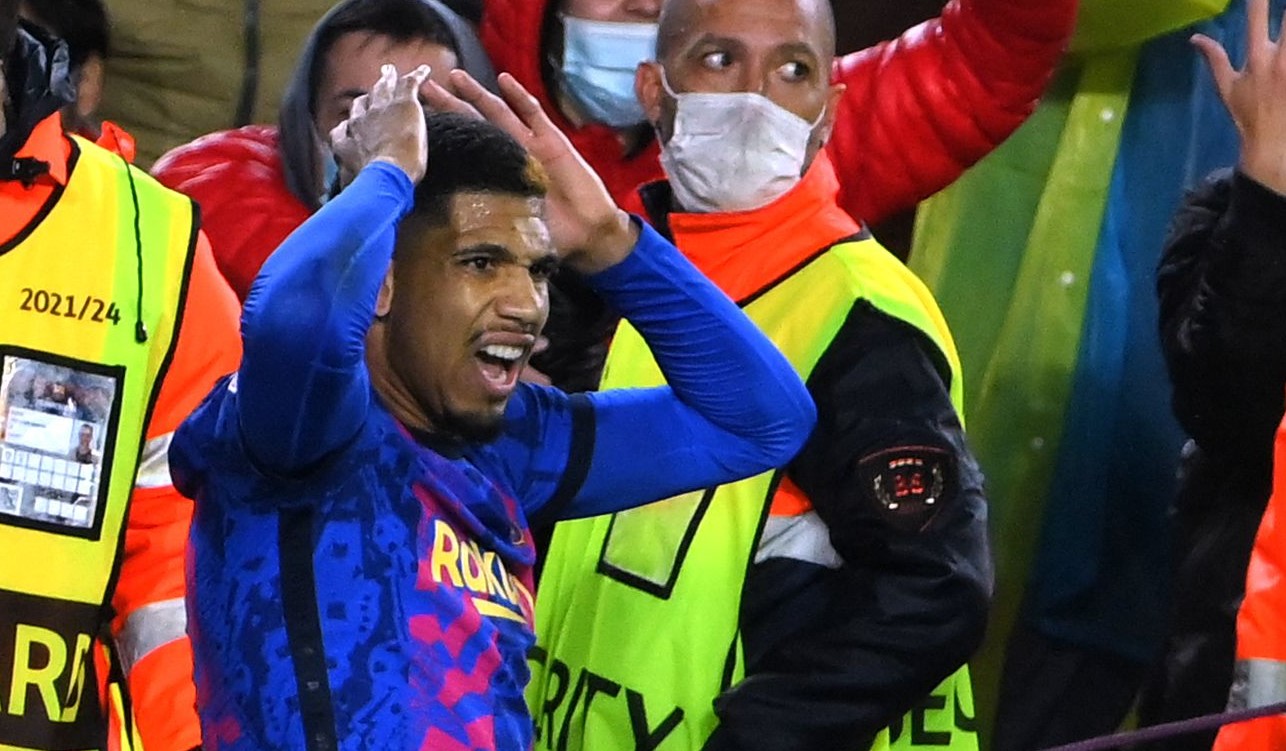 Barcelona were handed a fresh injury blow on Wednesday night as they edged past Linares Deportivo in the Copa del Rey.

The Blaugrana had to come from behind to book their place in the next round of the Copa, Ousmane Dembélé and Ferran Jutgla striking in the second half.

The win sees Barca progress to the Round of 16, putting them just four wins away from retaining their Copa del Rey title.

But it didn’t come without some damage, with more injuries for Xavi Hernandez to sweat over.

Barca have not had much luck with injuries so far this season, and just as they are set to get a number of players back, two more look set for a spell on the sidelines.

After Ronald Araujo was forced off, images emerged showing him in a sling on the bench during the game.

The severity of the defender’s injury is still unclear. pic.twitter.com/c0w1sqdqh2

It’s reported the defender has suffered an injury to his hand, but nothing has been confirmed just yet.

Meanwhile, Frenkie de Jong also suffered an injury during the game and we await confirmation as to what the issue is, and indeed the extent of it.