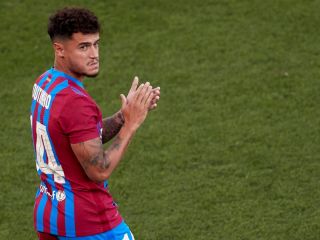 Barcelona and Aston Villa are close to finalising a loan deal for Philippe Coutinho according to a report in Mundo Deportivo.

Barcelona are confident the deal will be done either today or tomorrow, as they’re just hammering out the final details with Villa. Coutinho himself has agreed to the move.

He’s happy to play for Steven Gerrard, his old Liverpool teammate, and is intent on showing Tite that he should be selected in Brazil’s squad for the 2022 World Cup in Qatar.

Barcelona want to include a mandatory purchase option in the deal, which is something Villa are resisting. But the most important thing for Barcelona is to get Coutinho’s wage off the books so they can free up the financial space to register Ferran Torres, who they’ve just signed from Manchester City.

Villa currently sit 13th in the Premier League table, eleven points clear of the relegation zone and eleven off the top six. Gerrard took over mid-season from Dean Smith and has done a good job.