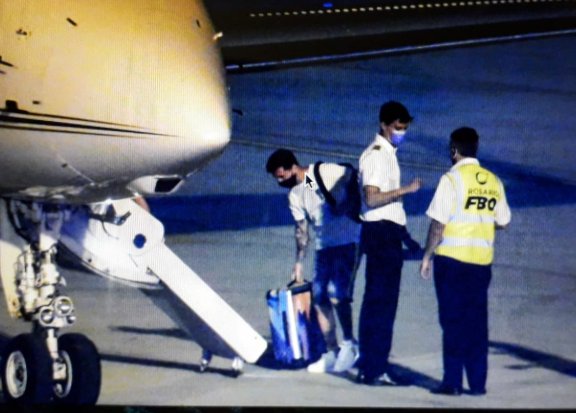 Paris Saint-Germain playmaker Lionel Messi has been pictured leaving Rosario to fly back to France on a private plane according to Roy Nemer citing Ole and using Juan Jose Garcia’s photograph.

Messi had spent the Christmas break back home in Argentina with his family, only for his return to France to be delayed by a positive PCR test shortly after the dawn of the New Year.

It’s understood the Argentine has since tested negative for covid-19, however, and has been cleared to return to Europe. He and PSG have a big few months ahead – they must close out the Ligue 1 title and prepare to mount a bid for the Champions League.

The former would appear to be a formality – PSG are 13 points clear of Nice at the top of the table and don’t look like they’re going to be caught. The latter is a little more complicated.

PSG finished second in their Champions League group behind Manchester City and have drawn Real Madrid in the last 16. It’ll be the first time Messi has returned to the Santiago Bernabeu since leaving Barcelona for PSG in the summer transfer window.

Lionel Messi has left Rosario and is on his way to Paris through a private plane. His PCR came out negative. This via Ole and the picture from Juan José García. pic.twitter.com/673gPGC9vK