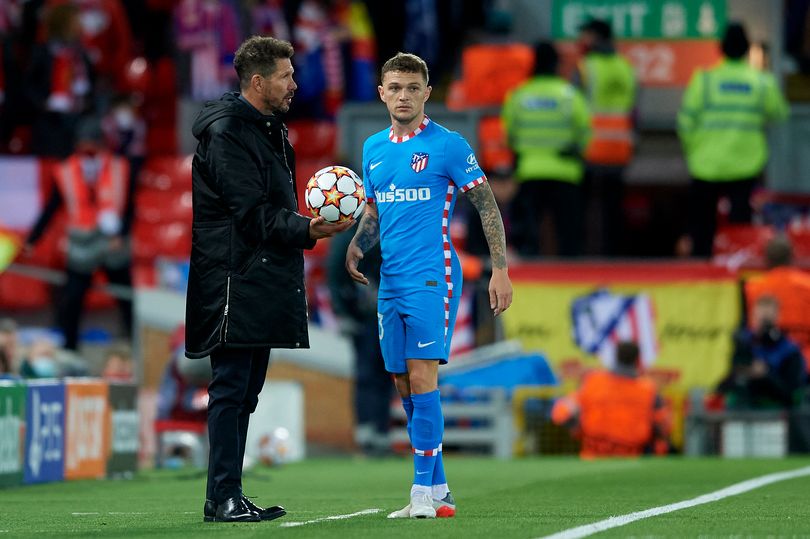 Diego Simeone has paid tribute to Kieran Trippier, who’s on the verge of leaving Atletico Madrid to return to England and the Premier League with Newcastle United.

Trippier joined Atletico from Tottenham Hotspur in the summer of 2019, and has been a genuine success. Operating at wing-back, he was key to the Atletico team that won La Liga last season.

“I always look at the positive things,” Simeone said as carried by The Chronicle when asked about Trippier’s exit. “I am absolutely grateful to all the time that Kieran has been here with us.

“The club has given him 48 hours to resolve the situation. He has behaved very well, he has worked very well, he has been a very important footballer for us. And now for us, it is to always look ahead to what is coming. And look for alternatives, as always, so that things work.”

Atletico are certainly in need of an injection of fresh blood. Their form has tailed off significantly compared to last season – despite being defending champions they sit just fourth in La Liga, 14 points behind city rivals and league leaders Real Madrid.

Not that Trippier is walking into a rosy situation at Newcastle. They’re flush with Saudi Arabian cash but deep in the midst of a relegation battle. They’re currently 19th in the Premier League, one point clear of the bottom and two from safety.