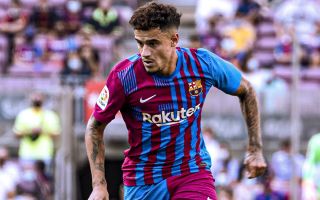 Philippe Coutinho is edging closer to securing a move away from Barcelona according to a report in Mundo Deportivo.

Barcelona need to move on deadweight if they’re to create the financial wiggle room to register Ferran Torres, and Coutinho is a prime candidate given his lack of prominence this season.

Barcelona’s ambition is to register Ferran in time for the semi-final of the Supercopa de Espana against Real Madrid next week.

In truth, the Brazilian was already keen to leave. This will be the second time he’s exited Camp Nou after joining Bayern Munich on a season-long loan back in August of 2019.

Coutinho’s priority is to find a club with the sporting ambition to match his own. When choosing between Tottenham and Newcastle United, for example, he’d prefer a move to the former even if the latter could offer him more lucrative wages.

Coutinho’s ambition is to make Tite’s Brazil squad for the 2022 World Cup in Qatar, and he’ll need to be playing at a high level week in and week out in order to make that dream a reality.