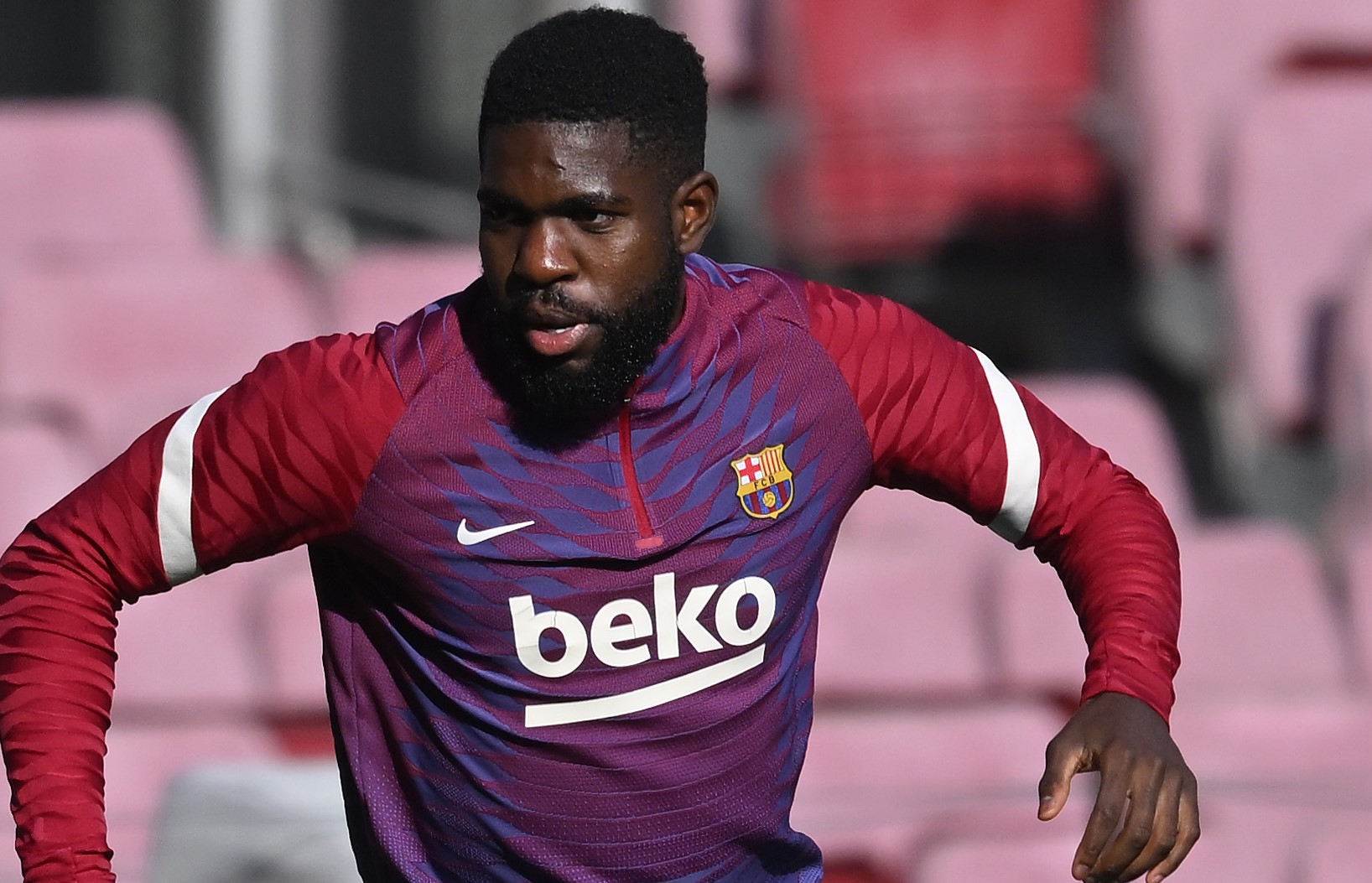 Barcelona are still said to be searching for a way to offload defender Samuel Umtiti.

Umtiti became unpopular with many fans over the summer when he refused to leave the club in the midst of the Lionel Messi saga.

The defender is desperate to return to his best in the Blaugrana and doesn’t want to give up on his dream.

But he is one of the club’s bigger earners, and Barca need to free up salary space to register new signing Ferran Torres.

That means, just like in the summer, Barca would like to shift Umtiti, if they can convince him to leave.

As detailed by Sport, Umtiti’s criteria for a new club hasn’t changed.

He wants a Champions League club if he is going to move on, and that saw him reject up to five clubs during the summer window.

That could make life difficult for Barca chief Mateu Alemany, who is overseeing the the potential exit.

And an Umiti stay can’t be ruled out, with the defender already showing he can stand firm during the summer window.

During his last interview, the defender said he hadn’t been asked to reduce his salary, and that is likely because Barca want the defender off the books altogether.