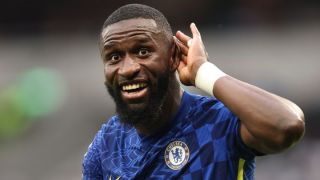 Barring an unexpected turn of events, Antonio Rudiger will not join Real Madrid from Chelsea this summer according to Marca.

Rudiger is out of contract at Stamford Bridge at the end of this season and the 28-year-old had been linked with Madrid.

It seems unlikely he’s going to renew his contract with Chelsea. Their latest offer, a salary in the region of €8m per season, upset him as it meant he’d be pretty low on the club’s wage scale.

The German centre-back has real affection for Chelsea, but he’s never hidden his admiration for Madrid. He’s even gone as far as discussing the move with several current Madrid players.

But talks between himself and Madrid have stagnated. Rudiger wants a yearly salary in the region of €11.25m, a demand no club has proven willing to meet as things stand.

Madrid are also not in dire need of a new centre-back – the current partnership of Eder Militao and David Alaba has developed beautifully and ranks among the very best in Europe.