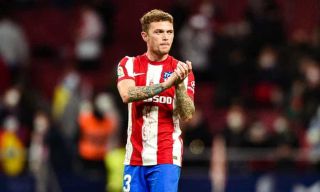 A tribute to Kieran Trippier

Before Kieran Trippier, any mention of a British defender in Spanish football sparked nightmare images of Jonathan Woodgate seeing red after scoring an own goal on his Real Madrid debut. Thanks to the Burnley Beckham, that’s changed.

Fans were baffled when the defensively error-prone full-back rocked up from Tottenham at Atletico Madrid as Diego Simeone sought to rebuild his backline, but Trippier has consistently been one of the team’s strongest performers.

Replacing Juanfran, an icon for Atleti fans, would be no easy task, but he impressed right from early on in his time in Spain.

He integrated into the culture, taking Spanish classes for 10 hours a week when he first made the move, and is famously often seen around Atleti’s training ground drinking the South American drink of mate with Josema Gimenez, Angel Correa, Antoine Griezmann and some of the club’s coaching staff.

On the field, he has been almost everpresent, barring injuries and a ban from the FA over betting offences. That ban caused him to miss 10 fixtures of Atleti’s 2020/21 La Liga triumph, but other than that he missed only 43 minutes of the campaign.

This is one of those bizarre transfers where everyone is a winner. Atletico Madrid get 35 million euros for a 31-year-old defender with 18 months left on his contract. Trippier gets to return back to the UK. Newcastle United get a Champions League quality defender for their relegation scrap.

Nobody at Atletico Madrid wanted Trippier to depart, and when on form he is an undisputed starter. This season, he has seen his role decrease, but not because Simeone is any less keen on him.

Trippier struggled for form and had some niggling injuries early on in the season which saw Marcos Llorente drop back to wing-back more regularly, but Trippier is not the only man in the Atleti squad to have been far from his best.

Trippier’s family left Madrid in the summer, with Manchester United hovering and hoping to secure his services. The club were reluctant to sell and Trippier eventually stayed, but always knowing that his future would lie in England, and sooner rather than later.

It leaves Simeone and Atleti with a problem. Llorente has been a capable deputy, but his talents are wasted in defence. Zeki Celik was linked with a move to the Spanish capital in the summer, while Sime Vrsaljko continues to struggle with injury and Santi Arias is out on loan at Granada.

But before Atleti look to the future, a tribute must first be paid to Kieran Trippier. Of all of La Liga’s British imports over the past few years, Trippier’s on-field success is in an elite category comparable only with the likes of Gareth Bale, David Beckham or Gary Lineker. Fine company indeed.