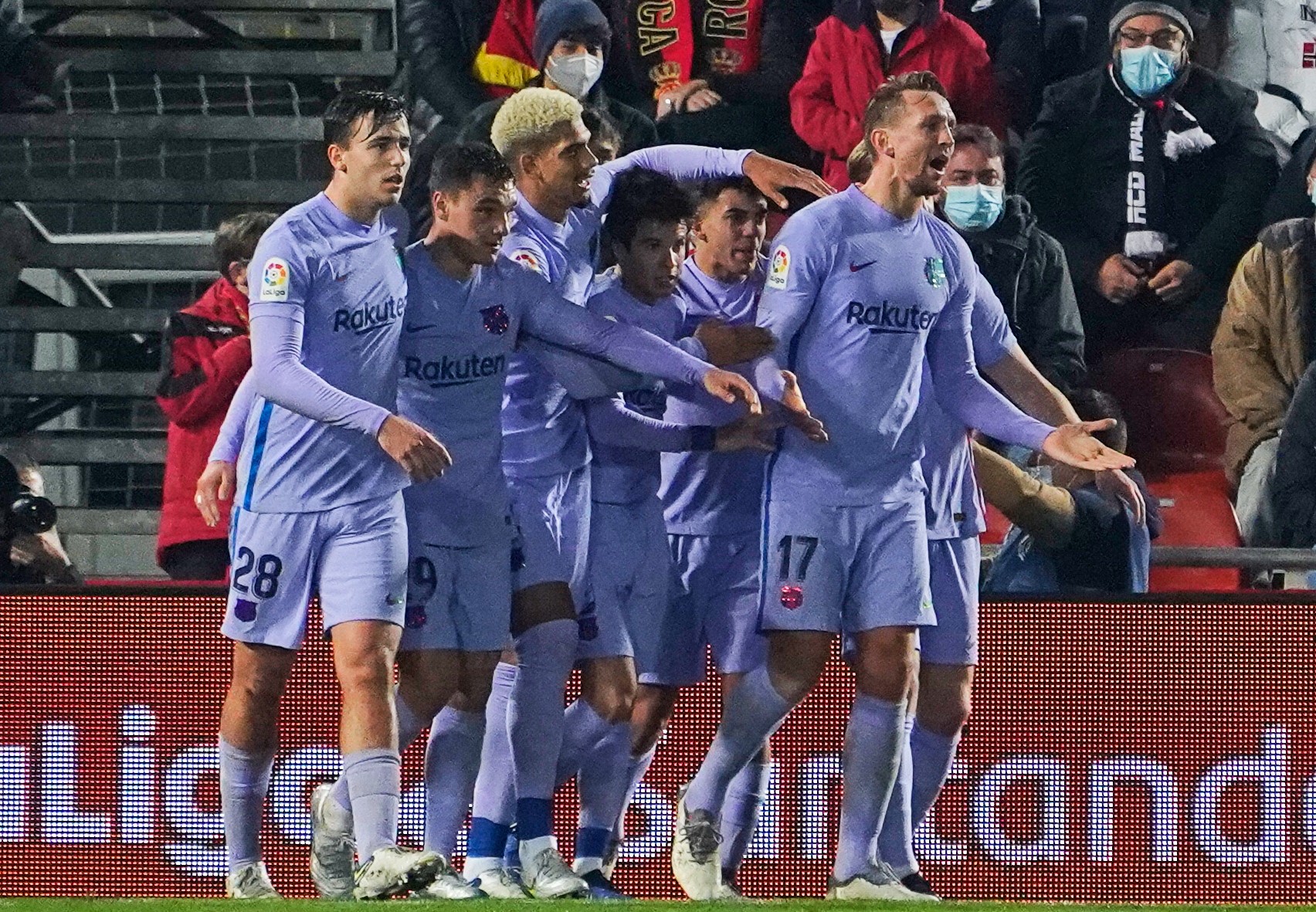 A rare Luuk De Jong goal has put Barcelona 1-0 up at half time in their first game of 2022 away at Mallorca.

The veteran Dutch international has been drafted into Xavi’s starting XI after a raft of injuries and positive Covid-19 tests within the La Blaugrana squad.

Despite only netting one La Liga goal following his loan move from Sevilla, De Jong has carried the bulk of Barcelona’s early threat in Palma.

Teen star Ilias Akhomach forced an early save from Manolo Reina, before De Jong took centre stage with a prodded effort coming back off the post, and an acrobatic bicycle kick against Reina’s crossbar.

However, despite the frustration of seeing two efforts come back off the woodwork, De Jong got up highest to nod home Oscar Mingueza’s cross just before the whistle.

After hitting the post earlier in the half, Luuk de Jong puts Barca in front just before half time! 🔵🔴

A towering header at the back post from the Dutch striker 💥 pic.twitter.com/BFZLkFgr9I

Xavi will be hoping his side have enough to maintain their lead after the restart with seven La Masia players on the bench for his depleted squad tonight.