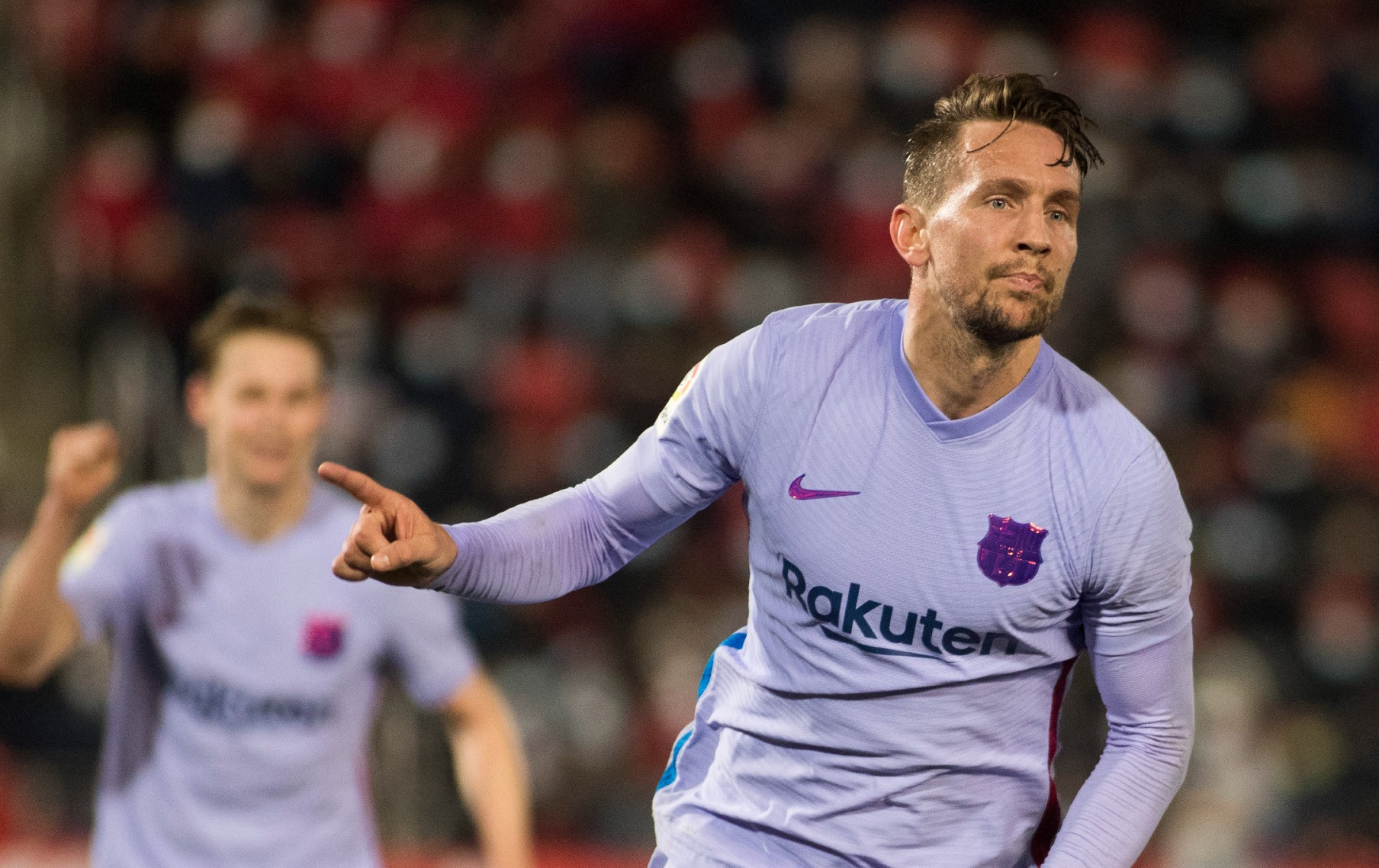 Barcelona have started 2022 with a win as Xavi’s side secured a 1-0 victory away at Mallorca.

A raft of injuries and positive Covid-19 tests within the La Blaugrana squad have dented Xavi’s plans over the festive period with his absentee list now into double figures in Catalonia.

However, despite being forced to field a depleted starting XI, and including seven La Masia players on the bench for his patched up squad tonight, his players got the job done.

The much maligned Luuk De Jong made the key breakthrough on the night as the Dutchman nodded home Oscar Mingueza’s cross just before the break.

After hitting the post earlier in the half, Luuk de Jong puts Barca in front just before half time! 🔵🔴

A towering header at the back post from the Dutch striker 💥 pic.twitter.com/BFZLkFgr9I

Barcelona looked to force out a vital second goal after the restart with Gerard Pique and Ilias Akhomach both denied by Manolo Reina.

However, Mallorca almost conjured up an equaliser in added time, as Marc-Andre Ter Stegen produced an incredible stop to deny Jaume Costa.

Marc-Andre ter Stegen with a MASSIVE save! 😱

Barcelona hang on for an important win 🔵🔴 pic.twitter.com/HwDcHxwuXz

Up next for Xavi is a trip to Granada next weekend with Mallorca travelling to Levante.