Real Madrid boss Carlo Ancelotti was in no mood for excuses as his side slipped to a 1-0 defeat at Getafe.

Los Blancos started 2022 with a commanding lead at the top of La Liga but a poor showing on the south side of the Spanish capital has dented their confidence.

Enes Unal’s early goal proved enough to secure a shock win for Quique Sanchez Flores’ hosts and Ancelotti was angered by a limp showing from his players at the Estadio Coliseum Alfonso Perez.

“It is clear the team has had one more day of vacation, and so has the coach,” he quipped in his post match interview with Marca. 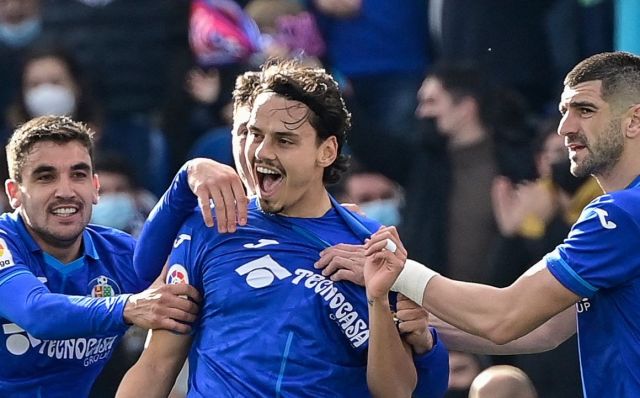 “We reacted well for ten minutes after the goal, but then we were nervous, we lost balls and duels.

“A draw would have been fair because we maybe didn’t deserve to lose.

“But we gave away a goal and lost the game, it could be a wake up call.”

Real Madrid’s defeat was compounded by key wins for their title rivals with Atletico Madrid and Barcelona both starting 2022 with league wins.

Los Blancos have been heavily impacted by positive Covid-19 cases in recent weeks but Ancelotti will be concerned by such a poor start to the New Year.

Up next for Ancelotti is a home game against Valencia next weekend, before facing Barcelona in the Spanish Super Cup semi final, with Flores’ Getafe away at Sevilla.