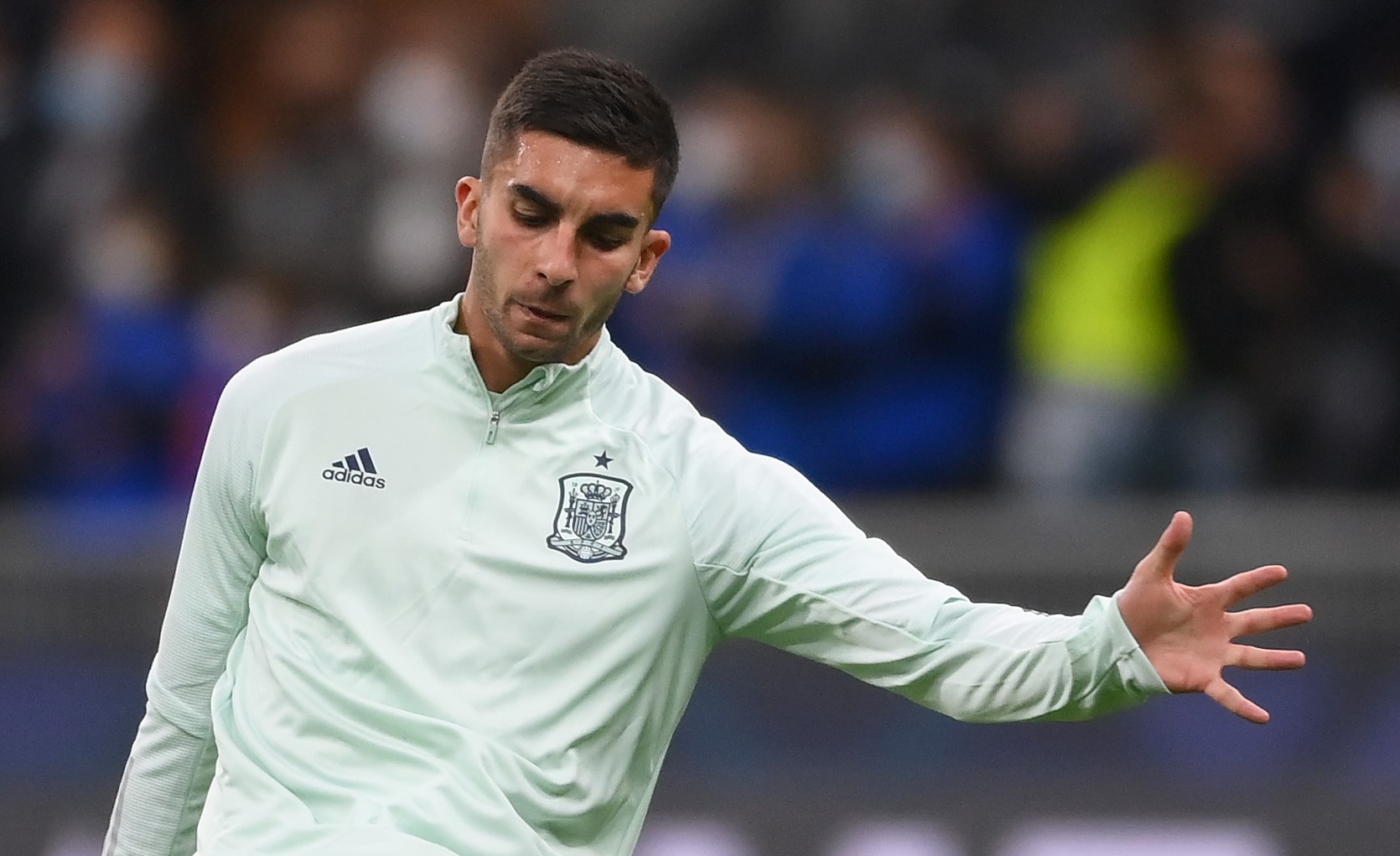 Barcelona are not yet on track to register new signing Ferran Torres to their La Liga squad.

Torres was signed from Manchester City earlier this week, with Xavi Hernandez landing his January target.

But that doesn’t mean the Spain international can walk straight into the Barca starting XI.

As fans will remember from the summer and the whole Lionel Messi saga, Barca are still wrestling with a financial crisis.

As part of that, they need to find a way to reduce their salary mass to comply with their drastically reduced La Liga salary cap.

Barca‘s cap was reduced more than any other team’s this season due to a big fall in their revenue over the course of the pandemic.

Despite offloading Messi and Antoine Griezmann in the summer, Barca remain over their current cap, and as such, they can only spend 25% of all outgoings.

Now, this is strictly a salary cap, which only takes into account salaries and image rights, while the transfer fee itself can be filed under a sporting cost.

If a club over its salary cap signs a player with a salary worth more than 25% of any outgoings, they simply cannot be registered to the squad.

And that is the case with Torres, who will not be registered at the opening of the next squad registration window, on January 3, as things stand.

Barca did manage to make a number of savings in the summer, with the aforementioned departures of Griezmann and Messi, while a number of senior players also took pay cuts.

But those moves paid for the registration of their summer signings, as well as the bumper new contracts for Ansu Fati and Pedri.

Barca now need to make further savings in order to register Torres, as well as Dani Alves, though registering the Brazilian isn’t expected to be much of a problem due to his low wage.

The renovation of Ousmane Dembélé‘s contract will certainly help, the Frenchman likely to sign reduced terms if a deal can indeed be agreed.

Meanwhile, it’s thought Philippe Coutinho and Samuel Umtiti will be sold if the opportunity arises.

Getting both players out the door is a priority for Barca, with both among the highest earners in the squad currently.

Coutinho has disappointed since his big-money move from Liverpool in 2018, while Umtiti has struggled with injury and form in recent seasons.

Should those players leave, Barca should have the space they need to register Torres, while the Dembélé deal is another key avenue they will explore.

Until there is movement, though, Torres will remain unsigned and ineligible as he battles his way back from injury, due to return around mid-January.