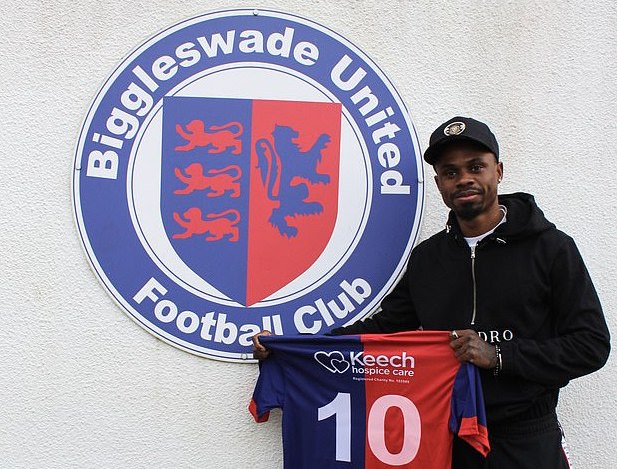 Ansu Fati’s older brother, Braima Fati, is currently plying his trade with Biggleswade United in the ninth tier of English football according to a report in the Daily Mail.

Ansu, of course, is one of the most promising young talents in the European game. He recently renewed his contract with Barcelona and wears the number ten shirt that Lionel Messi vacated when he left for Paris Saint-Germain during the summer.

Braima is operating on another wavelength. He rescinded his contract with Barcelona to move to England in the summer, joining Biggleswade soon after. He plays for them for free, but like his younger brother he also wears the number ten.

Braima, 23, has a girlfriend and daughter back home in Spain but is keen to learn English and immerse himself in a new culture. He’s started a 12-month lease on an apartment in Hitchin and is taking English classes at Cambridge.

His ambition is to give his family a good life, and he’s decided that the best way to do this is to take a step away from professional football and focus on expanding his horizons.