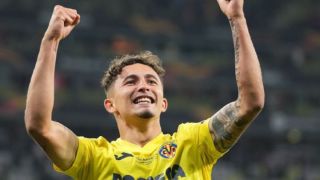 Opportunity comes in times of crisis. There’s no better example of this than Barcelona, who’ve been forced in recent times to rely heavily on youth due to their dire financial situation.

The Blaugrana, despite their status as one of the biggest clubs in the European game, are the Spanish club to give most minutes to players under the age of 21 according to Diario AS.

Real Sociedad have the youngest squad in La Liga with an average age of 25 years and 283 days, but it’s Barcelona who have turned most to youth.

Gavi, Ansu Fati, Nico Gonzalez, Sergino Dest and Ez Abde are among the top ten U21s to have contributed the most in 2021/22, but it’s Villarreal’s Yeremi who’s number one. He’s contributed two goals and three assists to the Yellow Submarine.

Despite this, La Liga isn’t the perfect breeding ground for youngsters. Such players are given more opportunities in Ligue 1, the Bundesliga and Serie A than in Spain, with only the Premier League proving more reticent amongst Europe’s major leagues.