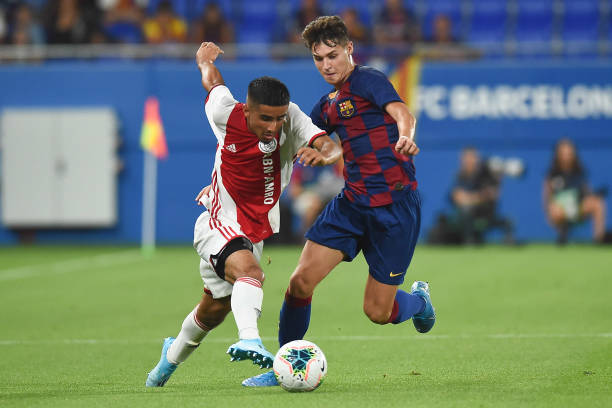 Barcelona have been quite seriously hit by the sixth wave of covid-19 and are currently missing four first-team players who’ve tested positive this week.

Dani Alves, Clement Lenglet, Jordi Alba and Alejandro Balde are all out of action for the Blaugrana, with a curious coincidence being that all four are defenders.

To counter this reality, Xavi could turn to Mika Marmol according to Diario Sport. Marmol is one of the brightest prospects in La Masia, a defender who can play at centre-back or left-back.

Marmol has played all seventeen Barcelona B league games this season, accumulating 1,539 minutes. He’s stood out for his remarkable consistency, and Sergi Barjuan rates him very highly.

Marmol has also trained under Xavi in recent weeks, and the Barcelona coach is said to admire his virtues both defensively and on the ball. An opportunity could be about to open up for him.

Barcelona open the New Year with a trip to the Balearic Islands to take on Mallorca on January second. They’ll hope to start 2022 with three points ahead of their Copa del Rey last 32 clash with Linares Deportivo three days later.