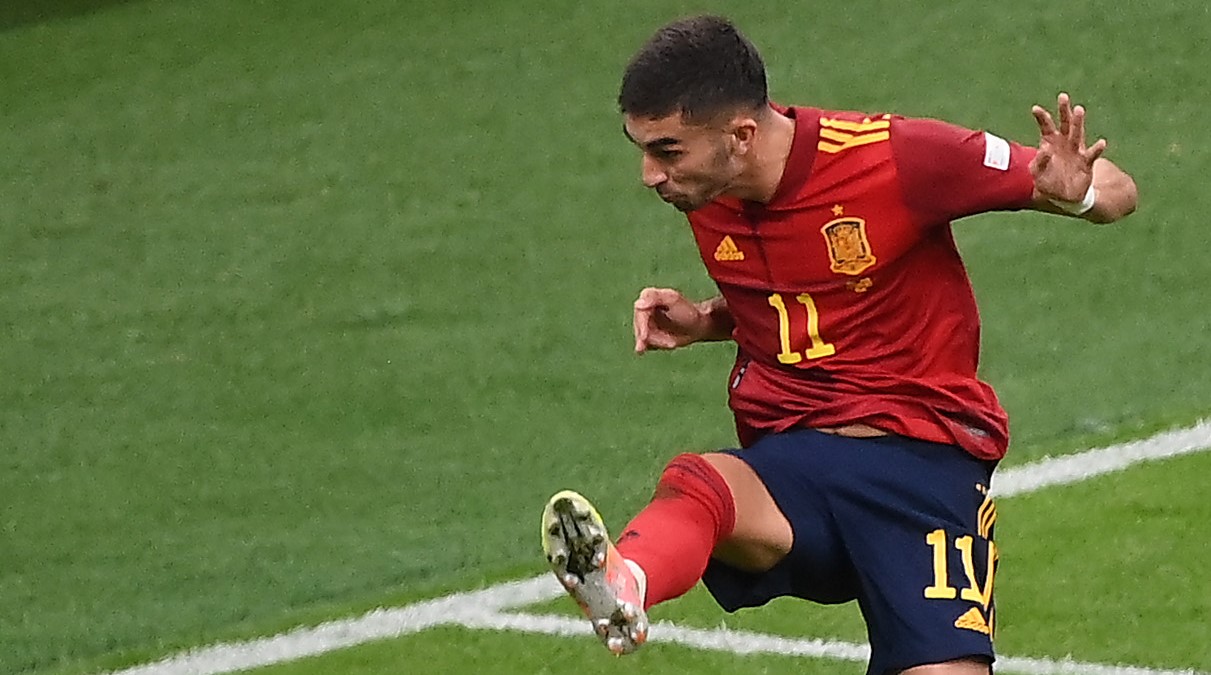 Barcelona have seen their move for Ferran Torres grind to a halt for the time being.

Torres has already completed his Barca medical and he was expected to be announced as the club’s newest signing on Monday.

But no announcement arrived and that’s because the move has been blocked at a bureaucratic level.

There is concern Barca‘s salary situation could be reviewed when figures are checked on January 3, when the squad registration window opens.

The Blaugrana have already tied Pedri and Ansu Fati down to improved deals, increasing their salary mass, and with the signing of Torres, Barca could be left in a tricky spot.

Barca bosses are said to be in conversations with la Liga to gauge where they are.

The Barcelona bosses are said to be confident that, if Ousmane Dembélé signs a new contract, they will have enough space to sign and register Torres.

But they are not absolutely sure at this point, and until they are, the deal won’t be rubberstamped.

Barca don’t want to find themselves in an unrecoverable position as far as their salary mass goes, and so they have to tread carefully.

Theoretically, exits in January will help, but nothing is guaranteed, and especially not in the January transfer window.