Ousmane Dembélé has provided a hint over his future with contract negotiations still ongoing.

Dembélé’s future is uncertain at this point as we get closer and closer to the end of his contract.

The Frenchman will be out of contract as of the end of June, and that means he is eligible to agree a pre-contract agreement with any club outside Spain from January 1, if he does not agree a new contract before then.

That situation is not likely, however, with Dembélé pretty clear in his desire to extend his contract.

Talks have progressed very slowly, but it now appears likely he will pen a reduced deal to cover the next two years, though his proposed deal is likely to have some juicy incentives to make up the numbers.

Amid the uncertainty over the talks, Dembélé has taken to Instagram to post a picture of the Barcelona badge to his story, hinting at a stay.

That will be music to the ears of Barca fans, especially with Dembélé’s new contract playing a pivotal part in reducing the salary bill enough to allow for the signing of Ferran Torres. 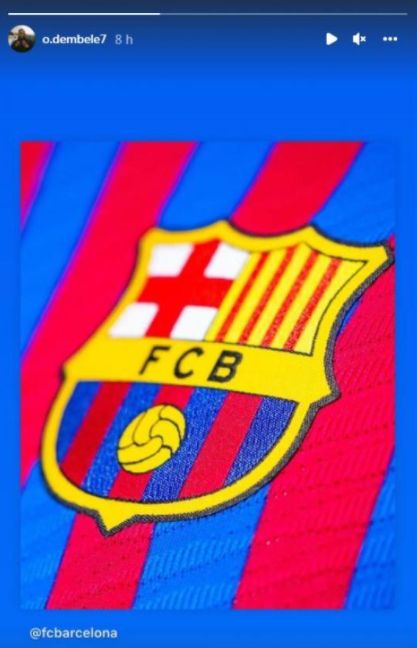