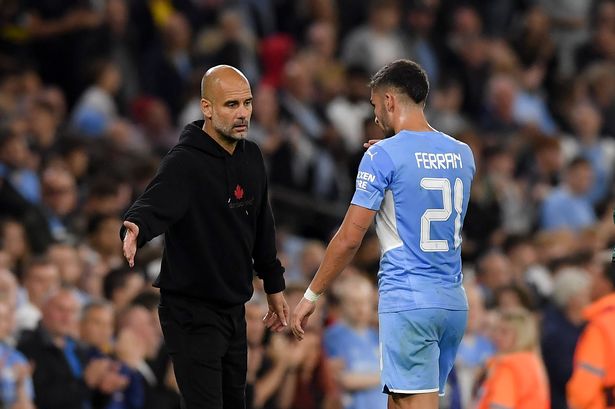 Pep Guardiola admitted on Thursday afternoon that Ferran Torres is on the verge of joining Barcelona. The Manchester City forward – a key part of Luis Enrique’s Spanish national team, of course – will return to La Liga 18 months after leaving Valencia.

“I know they’re negotiating and it’s close,” Guardiola said in comments carried by Marca. “It’s not yet official. When the club announces it, it’ll be done. What I want is for my players to be happy. Ferran is from Spain and Barcelona want him – he said he wants to go and I told him that he could leave.”

Ferran will be the second signing of the Xavi era after Dani Alves, who rejoined the club as a free agent last month after leaving Brazilian side Sao Paulo. Barcelona have made an offer of €55m fixed with €10m more in variables for Ferran, a figure close to the €70m City demanded at the beginning of negotiations.

Ferran will bring another dimension to Barcelona’s attack, and the prospect of him dovetailing with Ansu Fati and Ousmane Dembele is exciting indeed. He’s scored 12 goals in the 22 appearances he’s made for Spain, and managed to contribute 16 goals and four assists in the 43 appearances he made for Guardiola at City.

It’s tough, however, to find continuity at the Etihad Stadium. City boast one of the strongest squads in the European game, and are playing scintillating football at this moment in time. They’re top of the Premier League going into Christmas, three points clear of second-placed Liverpool and six clear of third-placed Chelsea. Ferran will enjoy greater prominence at Camp Nou.