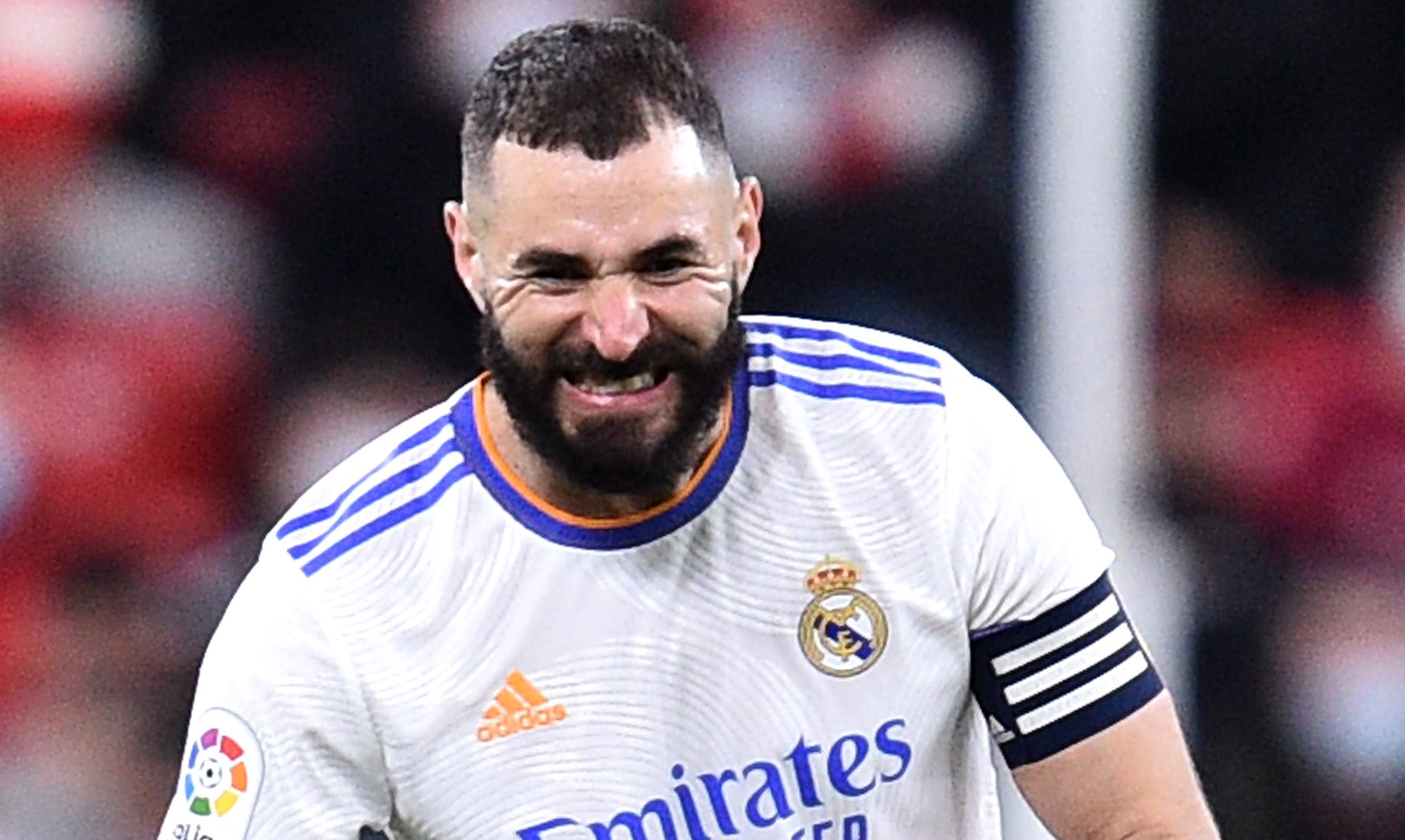 Karim Benzema has shown his La Liga rivals who is boss in the race for the Pichichi.

Benzema raced into a big lead early in the race for La Liga’s top scorer award, but a recent drought of sorts saw him slip.

Real Betis star Juanmi was able to move within two goals of Benzema after taking his total to 11 with seven goals in as many games across all competitions.

But determined to win the award this season, and with his team hit by coronavirus and injury issues, Benzema responded on Wednesday night.

The Frenchman scored a superb brace, the goals coming within seven minutes of kick-off and three minutes of each other as Real Madrid defeated Athletic Club 2-1.

That double has taken Benzema to 15 goals for the season, putting him on course to score more than 30 for the season, and he now has a four-goal lead over nearest competitor Juanmi.