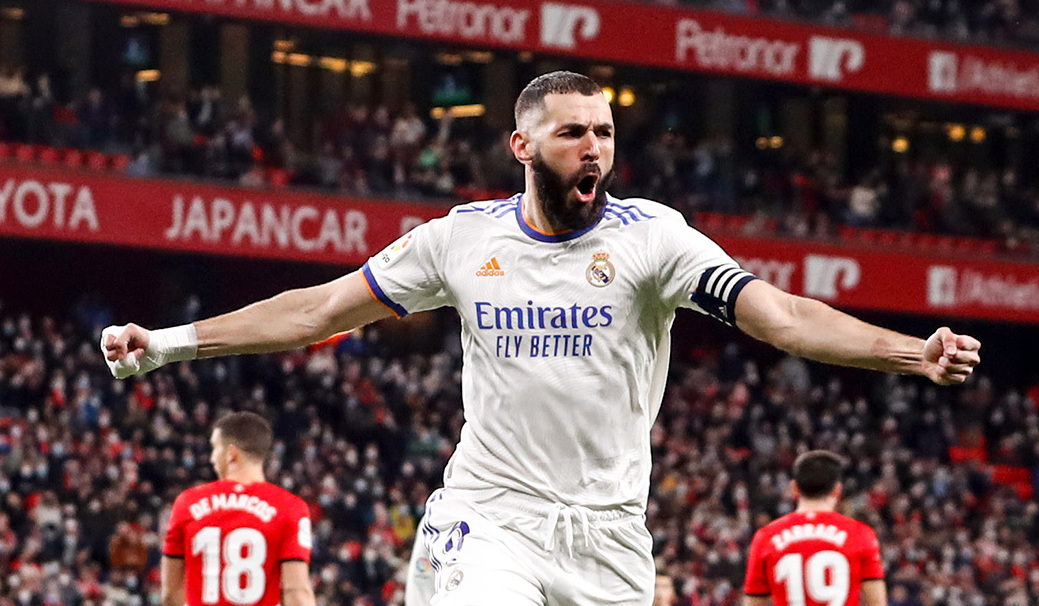 Karim Benzema: “We suffered but that’s what great teams do”

“I like football like this, at a stadium like this,” Benzema said post-match in comments carried by Marca. “It makes me very happy, but I’m even more happy and proud of today’s victory. To succeed here is good. It was a good game against a very strong rival, we conceded once but we scored twice. We suffered but that’s what great teams do. [My first goal] was very good, and important because it gave us confidence to go get the second.”