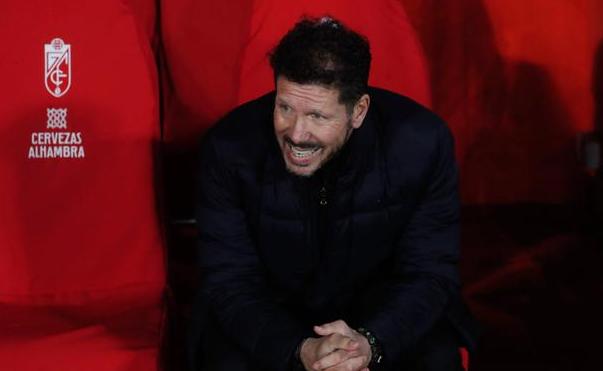 Atletico Madrid suffered a shock 2-1 defeat to Granada at Los Carmenes in La Liga on Wednesday evening. Joao Felix fired Los Rojiblancos into a second-minute lead only for Darwin Machis to equalise 15 minutes later. Jorge Molina then stepped up to deliver the decisive winner a minute past the hour.

The result is Atletico’s fourth defeat on the bounce. They’ll end the year fifth in La Liga, a point behind Rayo Vallecano and 14 behind pace-setters Real Madrid. They’re just one point ahead of crisis club Barcelona despite investing heavily in the summer and look unlikely to retain La Liga.

Victory takes Granada to 12th, seven points behind Atletico. They appear to have turned a corner under Robert Moreno after a difficult start to his reign, in stark contrast to Diego Simeone. The Argentine has revolutionised Atletico, but serious questions now have to be asked about how he can revitalise his team.

“I can’t say anything to the players,” Simeone said post-match as carried by Marca. “They did a lot of good things but they just couldn’t score. There were chances – even a goal that was ruled out – and more chances in the second half. We didn’t concede that many shots to Granada. But we didn’t pay enough attention and we pay for that by losing a game we deserved to win.

“We aren’t finding the victories that we deserve but that’s football. Sometimes we win without deserving it and now we’re losing games we deserve to win. But we have to clear our minds. Stay calm. Continue to work. Wait for our centre-backs to recover – who we’re really missing. Then, with tranquility, we need to re-arm ourselves. This team has done many good things. With tranquility and balance we’ll move forward.”