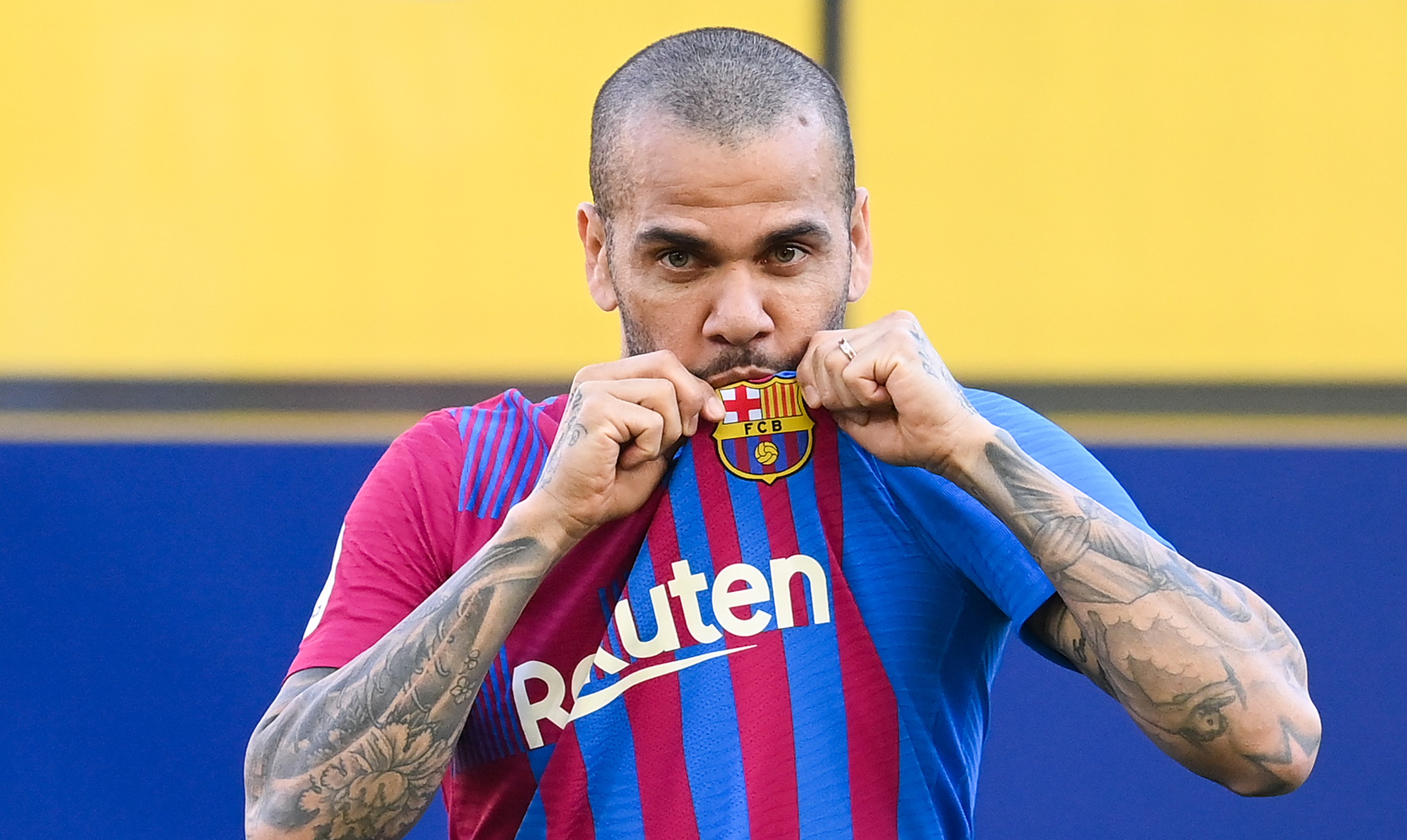 Barcelona will not be able to call upon winter signing Dani Alves for their first game of 2022.

Alves joined Barcelona on a free transfer earlier this winter after agreeing to end his Sao Paolo contract.

The 38-year-old won everything at Barcelona across an eight-year spell the first time around, representing the Blaugrana between 2008 and 2016.

He has now returned to Camp Nou to finish his career, working under former teammate Xavi Hernandez.

But until now, he has not been able to play with La Liga clubs unable to change their list of eligible players between the end of the summer window and the start of the winter window.

Though, there is a catch, and it means Alves will not be able to play for Barcelona in their first game of 2022, against Mallorca on January 2.

That’s because the official date the squads open back up is January 3, so Alves and any new signings Barcelona make before the Mallorca game – and that does seem unlikely – will be ineligible until the Granada game on January 8.

Though, they will also be able to play in the Copa del Rey against Linares Deportivo three days earlier.